Tidying up and the Triumph of Paranoia

Lots of news over these last few days as we prep to move to our new berth.  First of all we got (finally) moved out of our old quarters and onto the boat full time....Which involved shifting a LOT of things to storage and a seemingly endless amount of stuff onto the boat. 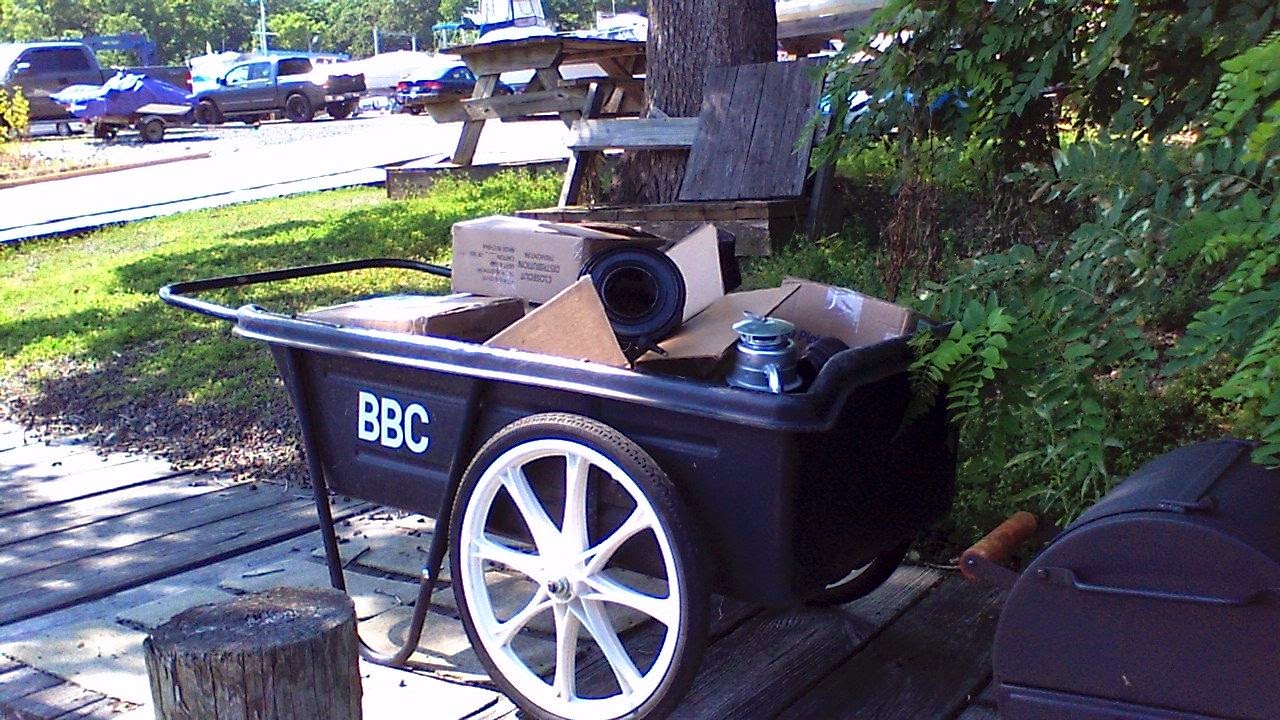 NEVER let me acquire this much stuff again......

It is so true, you're owned by your possessions.  More on the downsizing process later.  Needless to say, we feel relieved to finally have it done.

We also began installing the internal walls that had to be left unfinished due to schlepping the flotation aboard the boat during transit. 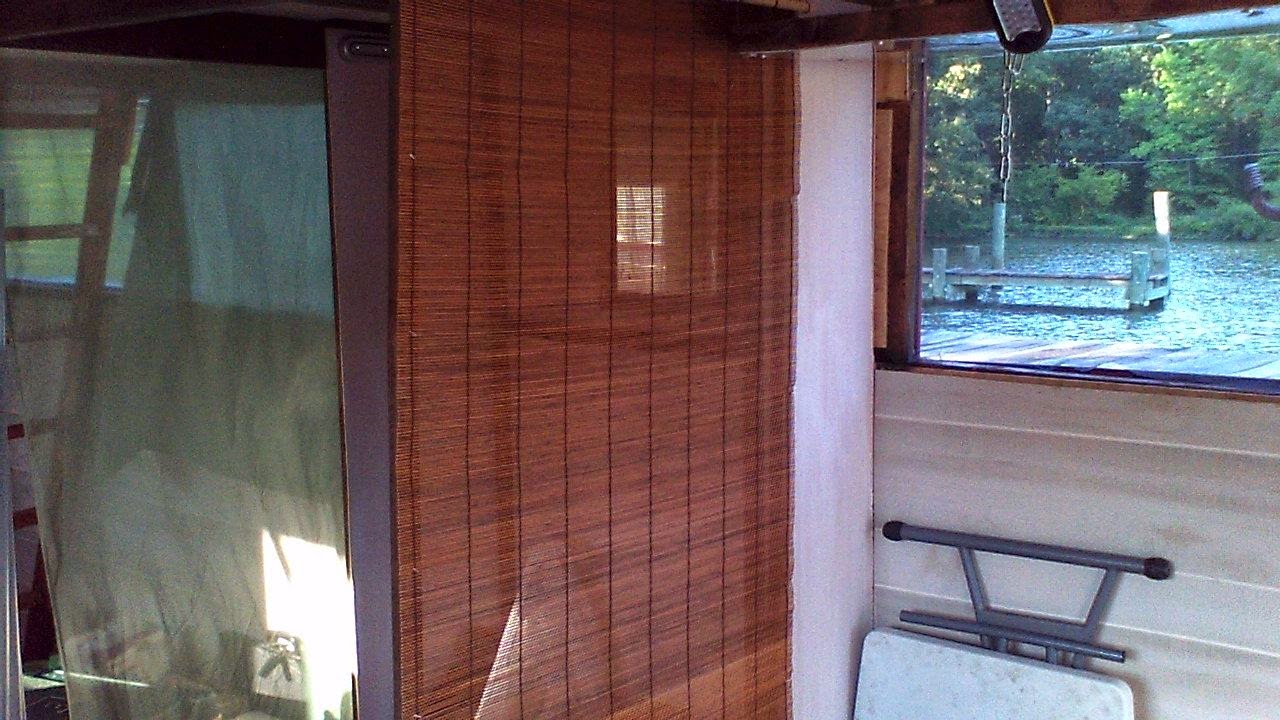 The walls are really pretty.  They're just matchstick blinds framed out and screwed into place.   From inside the head, you can see out, but no one can see in due to the lower light level, yet they provide lots of air flow.  We'll let  you know how this works. 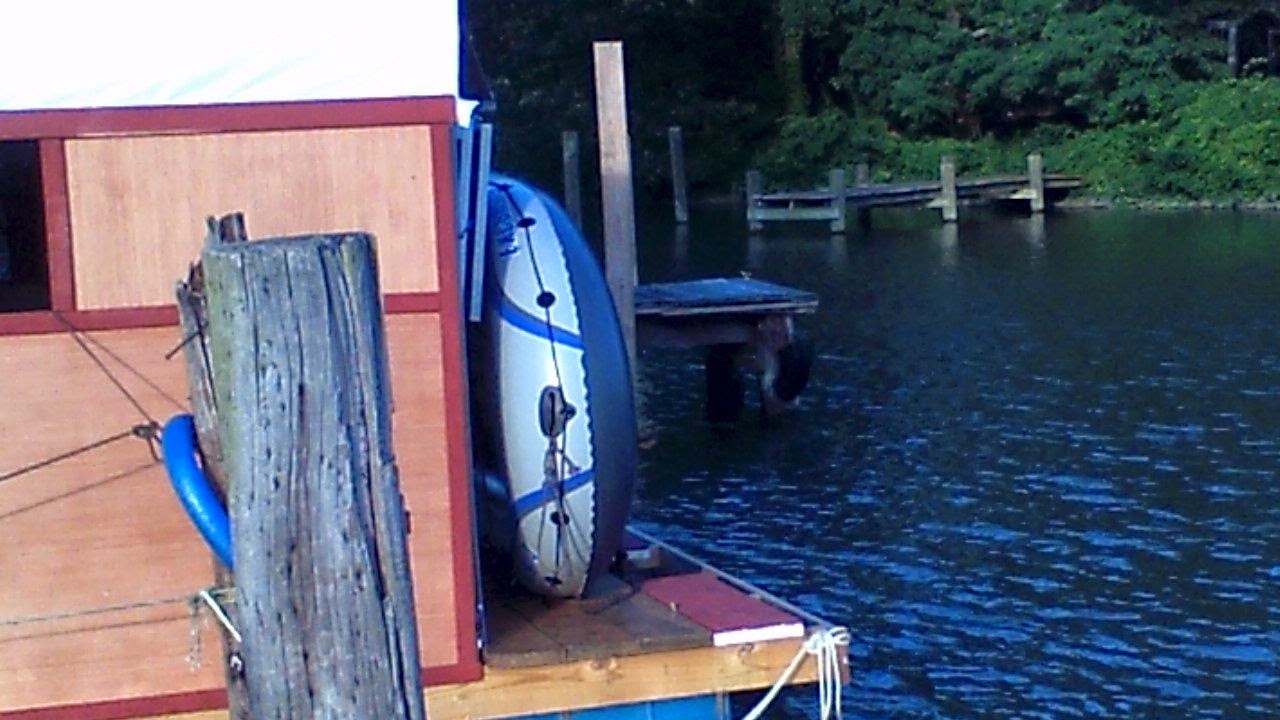 We did a bit of a test for the move, dropping the solar panels and snuggling our intex dinghy up against the stern for transit.  Awkward, but seems to work pretty well.

Now here comes the paranoia part.  As part of the install of the bow thruster, I thought we'd finish pumping the remaining water from the additional bow flotation cell we'd added.  We had a bit of an issue with the hose we were using before and picked up a new one today.

You may recall, we've been concerned about being down a bit at the bow, particularly on the Port side.  We blamed it on the hearth and galley set up, and spent an irrational amount of time last Monday tearing out excess weight.  So in the process of swimming up to the bow.....okay, mostly wading in mud....I tried the stability of the floats on the way up.  With about 300 pounds of weight on each, none of them would move of course.....except for #3......hmmm.....why you may ask?  It was missing its bung plug entirely.  Thing was completely flooded.  We pumped it out, were given a new plug from the nice folks at BBC, and then started looking:  #1 was down as well.  The bung appeared cross threaded.
So we pumped it out as well, reset the bung, finished pumping out the new bow float, and now we're sitting where we need to be sitting....

Except from piling all our stuff abaft the starboard beam to compensate for what we thought was excessive weight in the Galley, we're now down a bit on that side.

Fixable at least.  Here are some shots of our new, improved, and level vessel. 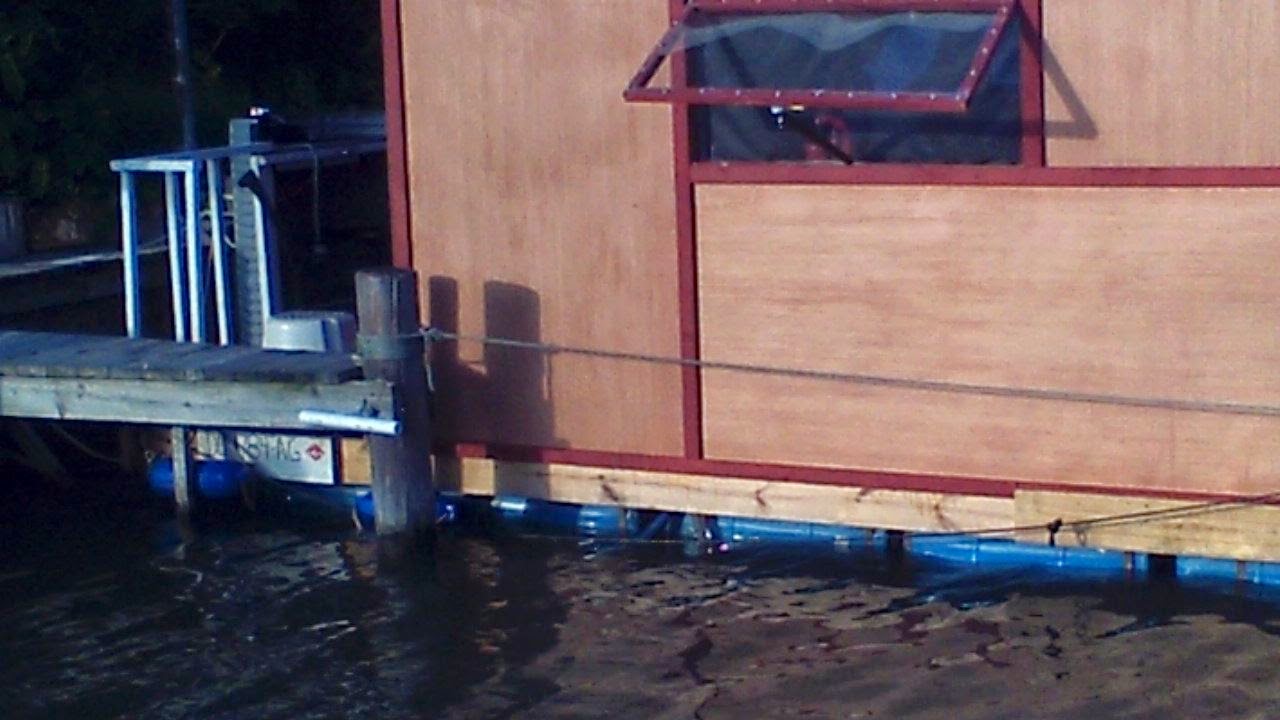 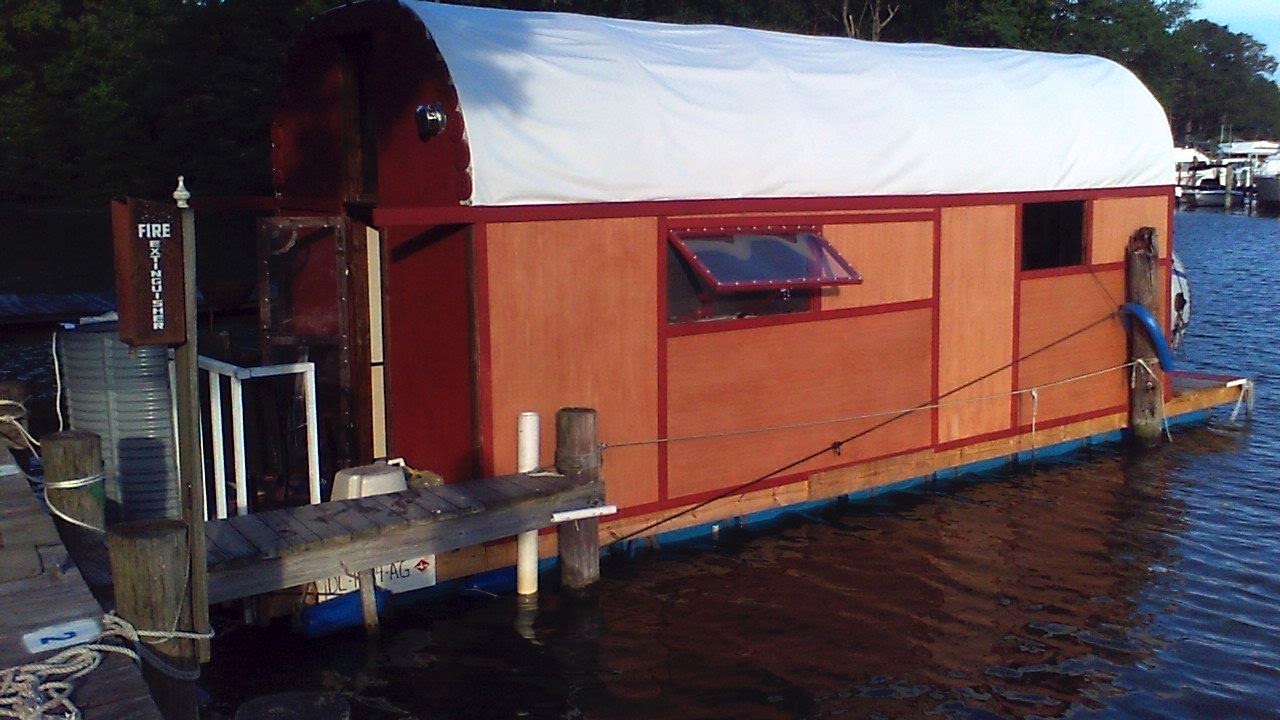 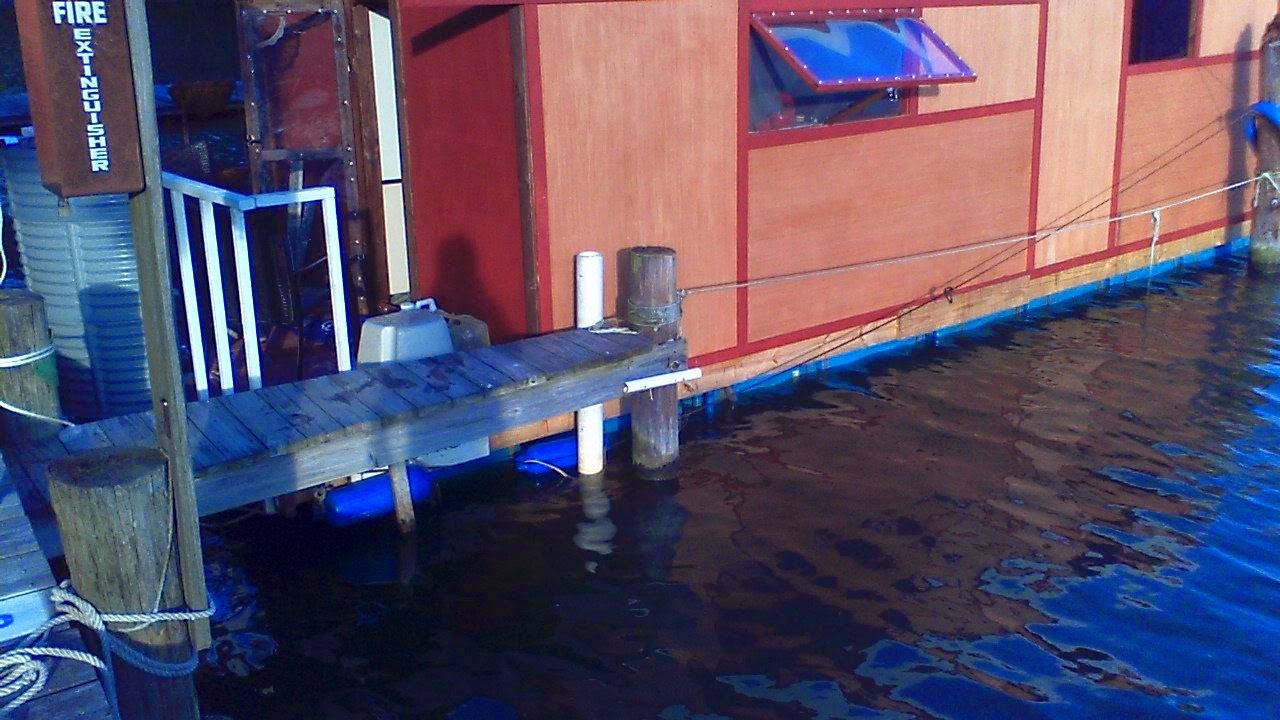 From now on we're checking these on a weekly basis... 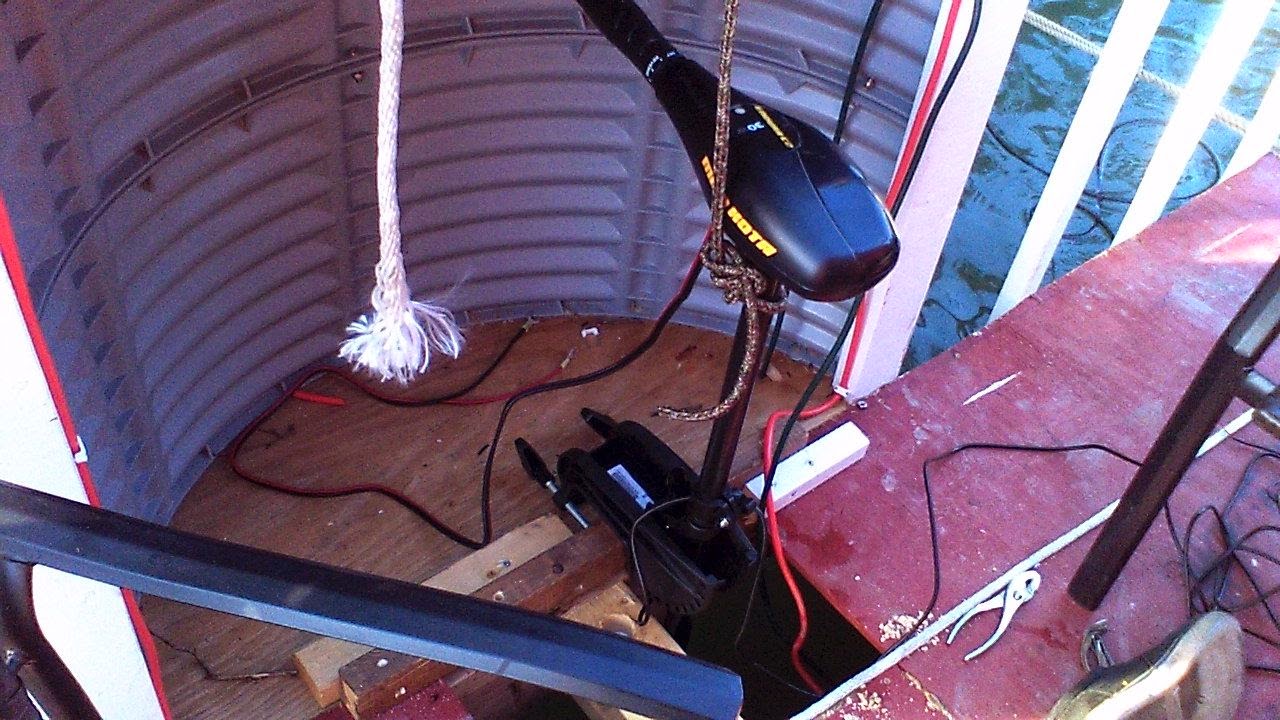 We enjoyed the swim some much we took another in the afternoon just to cool off.  We've both missed swimming.  So more of that in the future. 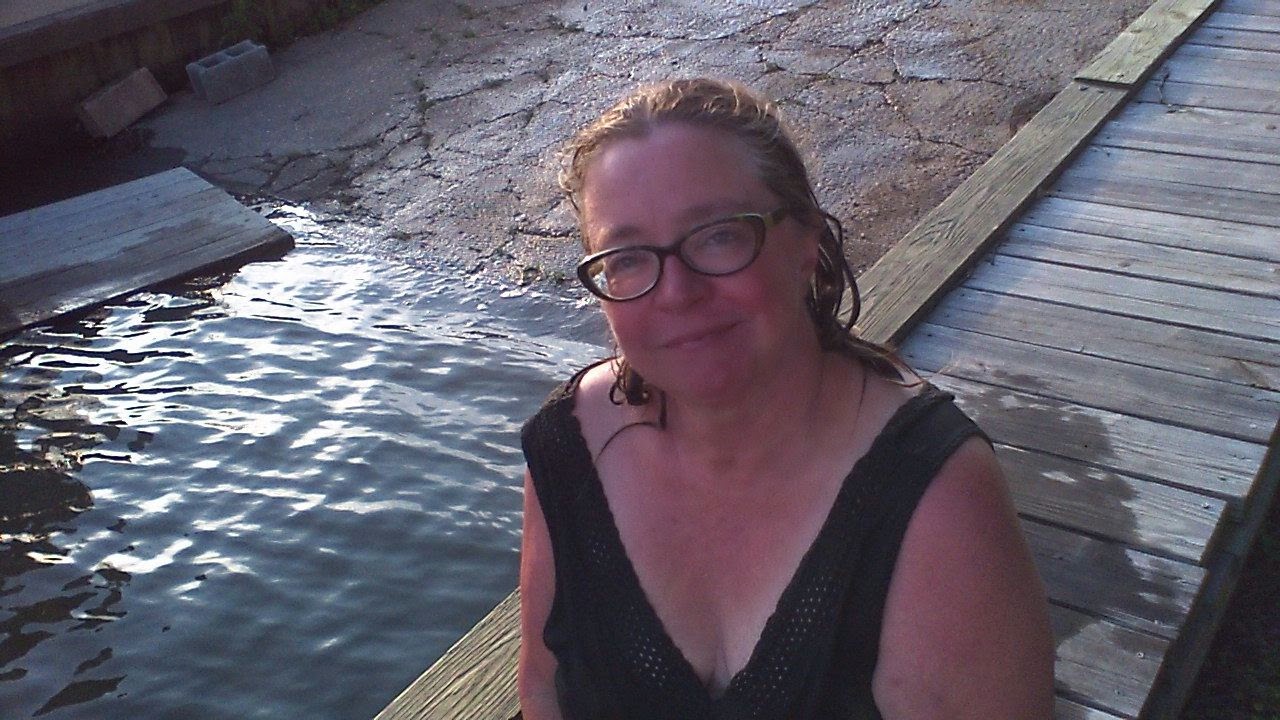 So we finish the thruster and depthfinder installation tomorrow, make sure the batteries are up, and prep for our move in what promises to be the calm morning of Friday.