Got the speed controller in today.  All the wiring is now in place and all we have to do is get in the motor mount and we should be good.

In addition, we finally got the name and home port on the stern.  It feels oddly fulfilled.

Photos shortly.  Back at it.

A Rather Good Day

You know, today went rather well.  Today dawned beautiful and rather cooler than the last few days.  The new power controller for the motor turned up today.  Disgusted with the thing WildernessEV sent us, I just went ahead and ordered one of these Chinese jobs for light electric vehicles.
The unit supposedly will handle 100A at 48 volts  (they say 5000 watts).  When it arrived I was rather surprised how light it was, but then realized that the old unit was one massive aluminum heat sink and this little guy has it's own fan.

Anyway, we hooked it up for a test, and behold, it worked fabulously. Wonderful control of the motor and no over heating, even using paltry 16 Ga. wires for the test.

Forward, stop, and back.  It all functioned beautifully.  We celebrated by taking a lovely afternoon kayak sortie and by making a great meal:  grilled country ribs with fresh local tomatoes and corn.

All in all, today worked.  Tomorrow, I'll go get some heavier wire for the installation and the iron for the motor mount.

So close I can taste it.

Ugh.  Okay, so this has been a week of progress and setbacks and frustrations and triumphs and not nearly enough alcohol.  Let me say this up front:  If you were ever considering it (and I know I've spoken kindly of them in a couple posts a few months ago) I don't recommend you do business with WildernessEV.  We purchased most of the drive components from them, and are regretting it now.  With the exception of some wire connectors and the motor itself (which was shipped from the factory directly), everything we received from them was a piece of utter crap.  The motor controller, on careful examination, had been used and mounted before, and when we wired it up, it simply wouldn't power up.  The throttle control had been wired with used speaker wire--no, I'm not kidding--and we never received the reversing contactor for which we paid, despite assurances from them.  Now they won't answer emails or phone calls.

So I bit the bullet and ordered a new motor controller and while we were waiting I figured I would go ahead and pull and mount the lug connectors on the 4ga power cables we need to power the motor.  So right in the middle of doing that, there was a pop and a fizz and the smell of something burning and we suddenly didn't have a working 12 V system.

This boat has been rewired something like three times, and each time the former owner LEFT ALL THE FREAKING WIRES IN PLACE FROM THE PREVIOUS WIRING JOB.  As a result, in places there are wrist-thick bundles of wire.  Somewhere in there is one you need.  Get the picture?

I finally got pissed off, and we dragged half of our stuff out of the lazarettes and storage cubbies, ripped out lots of dead wire, and ran new, color coded cables for our 12v system.  In the midst of that we discovered that the step down transformer that drops our 48V system to 12 volts for interior lighting, navigation, etc., was the WRONG UNIT, which is why it fried.

So I've spent the last three sweaty days crawling through bulkheads and under cabinets running new wire.  My knuckles look like I've been prizefighting and everything else hurts, but now we have working lights, working running lights, a working radio and depth finder, some lovely 12V and USB outlets in the cockpit, and a wiring system that can be comprehended in an emergency.

There is some good news.  The new motor controller arrives tomorrow, and we got the motor mounts (big chunky neoprene things intended for an air conditioner compressor) yesterday.  We'll be running a test of the motor and controller and then, the gods of electronics cooperating, we'll be doing the install of the motor and it's mount, for which I'll supply full details and pictures.

Today, since stuff was still in shipment, we took the day off.  We went for about three or four miles of kayak ride down the Middle River (visiting our old shantyboat Floating Empire in the process, but I'll save that for another day), and tonight I'll be grilling some bison burgers with fresh local corn from Zahradka's farm and a tomato salad and a nice red wine.

Sometimes we have to remind ourselves why we do this.

More shortly,
and more stuff over at Life, Art, Water

Thought I would give you guys a quick update on some of our recent progress.  Here's a shot of the 4.7 KW motor with the shaft adapters in place.  I was delighted to see they actually fit.


We've got a few nice, less than the center of the sun heat days, so I'm hoping to get all this stuff together and tested.  Today we'll be attaching the connections to the motor controller and checking it out.  Wish us luck. 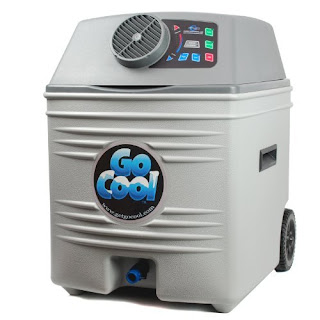