All my books on sale (almost)

Just a quick note, Wild Shore Press is celebrating my new release (Zarabeth's World) by putting all my other novels (or the electronic copies of them anyway) on sale for just $.99 on Sept. 1st.  So you should definitely go over to my Author Page on Amazon on the 1st and download  yourself some fall reading materials (that is, assuming you like my writing.).
Anyway, the sale starts at 8AM PDT on the first and ends at 8AM PDT on the second.  Just wanted you folks to know.

Solar system is in effect!

So as we ease into the new boat, we've been installing our new solar system using components from Tesla's Revenge and The Floating Empire.  The biggest challenge is to site the rather massive (6 1/2 foot, 325 Watt) solar panel in a way that it will work and still not get in the way of running the boat.  We finally hit on the idea of installing it on the stern, braced off the stern rail.

So we drafted our friend Rich who is talented at such things and contrived a set of rail clamps and supports for the panel, and after much wrestling, the beast is in place and hooked up.

So the system now is comprised of this monster, 6 100AH deep cycle batteries, an 1100 watt inverter for 110, and 40 watt MPPT controller.

So our first anchor out, in blistering hot weather, the system performed beautifully, running our freezer, interior (USB) fans, lights, and keeping the phones and computers charged, all without a glitch or draining the batteries.

One step at a time, we're getting there

Oh, hey, Wild Shore Press is putting all my Kindle editions on sale on Sept 1.  If you like my writing, it's a great way to pick up some cheap reads for the fall.  Mark your calendars and wander on over to Wild Shore Press for details.

And do check out the new novel.  I'm quite proud of it.

The NEW NOVEL IS OUT!!

The new novel is out and available.  I'm so very proud of this one, folks.  It's available on Amazon as both a kindle ebook and as a regular hardcopy quality trade paperback as well as at Wild Shore Press.  Free, of course, if you have Kindle Unlimited.  If you do decide to get a copy (and by all means do) don't forget to leave a review.

The Amazon link is HERE.

And boy am I stoked.  I'm really proud of this one, guys. 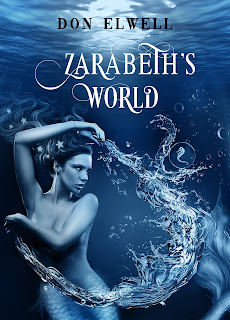 But on What shall we cook?

You know, It's rather odd that I get asked that question so much, especially from wannabee liveaboards, but it does rather seem to be a matter of concern.  Cooking is one of the ties that bind, and has, especially in America, become a bit of an obsession with a lot of folks (us included, I'm afraid), and the idea of just what to use to make a glorious meal in the confined and energy-limited space of a boat is a matter of some concern to folks.

But never fear, gentle reader, because we aboard The Floating Empire/Tesla's Revenge/Constellation have tried just about every freaking thing you can imagine to make a decent meal.  Here's our rundown of cooking aboard and the stuff to make that happen.

Of all the fuel sources for cooking, electricity has the distinction of being about the only one that stands a chance of being carbon neutral or even carbon negative (depending on where your marina gets it's power).  Electrical cooking comes in three varieties:  Resistance (hotplates, electric skillets, and the like), induction cooking, and microwaves.  Of these, the resistance devices are the most versatile (they'll heat up absolutely anything.) and the cheapest, but the most energy inefficient.  They'll work fine at dock, but don't plan on using them from your solar array (unless its huge) and using it from a generator is flat out wasteful.  The induction cooking hotplates are more efficient, but require magnetically conductive cookware (your cast iron will work, your aluminum pots and pans will not).  A low wattage microwave might work off your battery system (some are in the 500-750 watt range) but not for very long.  Still, if you're heating or reheating prepared food, they'll work fine.

We use a hotplate (resistance) when at dock. It saves on using other types of fuel and works just fine, thank you.

Alcohol stoves were the bomb on board for years (no pun intended).  The pressurized alcohol stove was a standard on boats and in ice fishing shacks for decades, as well as for campers and backpackers.  More recently, non pressurized stoves from companies like Origo have dominated the market.  Alcohol has a lot of advantages.  It burns clean, and is wildly available in many forms, from isopropyl alcohol from the pharmacy to denatured alcohol from the hardware store to Everclear and high octane Rum from the tavern, all of them will burn just fine.  Alcohol is the darling of the sailing set, and has been for some time.

It has--surprise!--some drawbacks.  First of all, alcohol burns cooler than other fuels.  It takes longer to cook, and uses more of the fuel to do so.  It's also relatively expensive compared to Propane or Kerosene.  Second, the flames are invisible in daylight.  It's hard to tell if the damn thing is lit or not, and that can be an issue.  Some care is clearly indicated.  Thirdly, the sticky sweet smell of it burning drives some people to nausea.

Which brings us to:


Of all the things with which we've cooked, we like the cooking process with Kero the best.  It's hot, it's cheap (Kerosene is very energy dense), and unlike almost any combustible fuel, Kerosene (Paraffin to those of you outside the US) is non-explosive and almost impossible to set fire to unless its saturated into some kind of wicking medium.  With the availability of biodiesel and biokerosene, you even have the option of using a renewable resource aboard.  It really does a great job, cooks controllably, stores compactly, and can be used for stoves, ovens, lantferns, and heaters.  It only has two drawbacks for us:  1) it does rather tend to blacken the bottom of the pot and

If the odor of diesel or kerosene doesn't bother you--and to be honest in a properly functioning stove, it's far from overwhealming--then it would be both our recommendation.  If, however, you have a sensitive nose, there really is nothing for it.  It's not for you.

St. Paul Mercantile on the web (and in MD) is a great source for Kerosene stoves and ovens and are lovely people with which to deal.  Check them out.

Butane is another wildly convenient fuel.  It's clean, most of the small butane "catering" burners are self contained, self-lighting, and highly portable and easily stowed.  They cook cleanly and controllably, without odor.  They have two drawbacks.  The first is that the small, non-refillable butane canisters, resembling a hairspray can, are wasteful and occasionally difficult to find.  The second is that below 50 degrees Fahrenheit, the gas just doesn't vaporize very well, The cup of tea that takes you six minutes in summer can take you 20 minutes on a chilly December morning.  Still, for warm weather and occasional cooking, they're really easy.

Some companies sell the stoves with an adapter and pressure regulator for use with the far more available propane canisters.  These work well. . . for a while.  The regulators we've run into are plastic and cheap and tend to fail after about six months.  There's a pop, the pressure cover is on the deck in the galley, and you don't have a stove.  It's not impossible that there are better made ones than we've encountered, and we did use them successfully.  So, while we're on the subject:

Propane is a comfortable, familiar, and very useful fuel.  Propane stoves are ubiquitous, you can get propane ovens, propane heaters, even propane refrigerators.  It is clean, controllable, and widely available in the US and elsewhere.  It's a lovely fuel.  It has two drawbacks. . .maybe three.

First:  It can be rather hard to find in some of the Caribbean, if that's an issue.

Second:  It is, after all, a fossil fuel.

And Third:  It's heavier than air.  If that doesn't sound unpleasant, let me elaborate.  If  you have a leak in your stove or line, the gas will settle.  It will settle into your bilge, especially in deep hulled vessels without a lot of air circulation like sailboats.  If your bilge pump then kicks on, there can be a spark.  You get the idea?  Boom.  Every year a number of vessels are burned to the waterline because of propane fires.

Do we use it?  Yes, we have and probably will again, but you must be extremely circumspect about your hose fittings and gas lines.  Keep the bottles in their own housings with ventilation, keep them on deck if possible.  Caveat.

I love wood stoves.  I love the smell, I love the fact that they dry out the air aboard in winter, cutting down on the "interior rainforest" effect we sometimes get when it's cold out.  I love the fact that the fuel is carbon neutral, often free in the form of scrap or deadfall, and can do so much.  There are even table top burners, sometimes termed either "rocket stoves" or "wood gasifiers", that can be used for indoor cooking without smoking up the place or heating anything more than the pan.

The drawbacks of wood, though, make it a difficult choice in some circumstances.  The stoves, of course, heat up the whole space when  you light them, fine in Nova Scotia in fall, lousy in the Tropics.  The chimneys, which are smaller than usual typically, need frequent cleaning, which is a pain.  The smell of woodsmoke gets in everything. The ashes have to be dumped. . .

All of that is, of course, do-able.  The more recent problem is that wood burning stoves absolutely FREAK OUT some marina owners (or, more likely, their insurance companies), and the mere sight of a trail of white smoke from your chimney can prompt a visit and, on occasion, an eviction.  I understand it, of course.  Sparks do exist, though the danger is far overrated by people unfamiliar with burning wood, but still.

There are other options, of course, CNG (Compressed natural gas) is a fuel on par with Propane, but far trickier to find.  I've not dealt here with solar stoves and ovens (and dehydrators) which are used successfully by a lot of long term cruisers, nor mentioned more exotic fuels like Hexamine fuel tablets (used by some militaries), or radioactive Thorium (long lasting but the chicken tends to grow extra drumsticks).

So what do we recommend?  We recommend what works for you, what you can afford and is safe and useful in your vessel.  For us, we will probably wind up using propane again aboard Constellation mostly because of the galley set up and the volume of our cooking.  Do the research and do what suits your needs.  Happy to help if we can.