Okay, we're having bandwidth problems again.  Hope to have these solved shortly, but as soon as they are, we'll be publishing the plans set as a .pdf file.  Please keep tuned.

Beautiful and kind of stunningly warm day today on the Chesapeake.  Spent part of the day putting wood treatment on the sides of the houseboat, the spar varnish not having worked as well as we'd hoped.

But wow has it been pretty.

Sorry for the interruption.

So much of this vessel has been playing catch-up with our somewhat premature launch.  Through the summer, the highly reflective skin of our membrane kept us cool and sheltered.  Now with winter coming on, though, we can see that condensation may start being a problem, not to mention the desire not to find myself a Mungosickle by morning.

So today we began installing a foil backed glorified bubble wrap under the membrane.  The one we wound up using was Ecofoil, though there are a number of similar products on the market, including Reflectix and a few others.  This is basically two layers of small bubbles clad both sides in aluminized mylar reflective material.  The resultant fabric is VERY tough, and with an air gap, you can get about R 7 out of the installation. 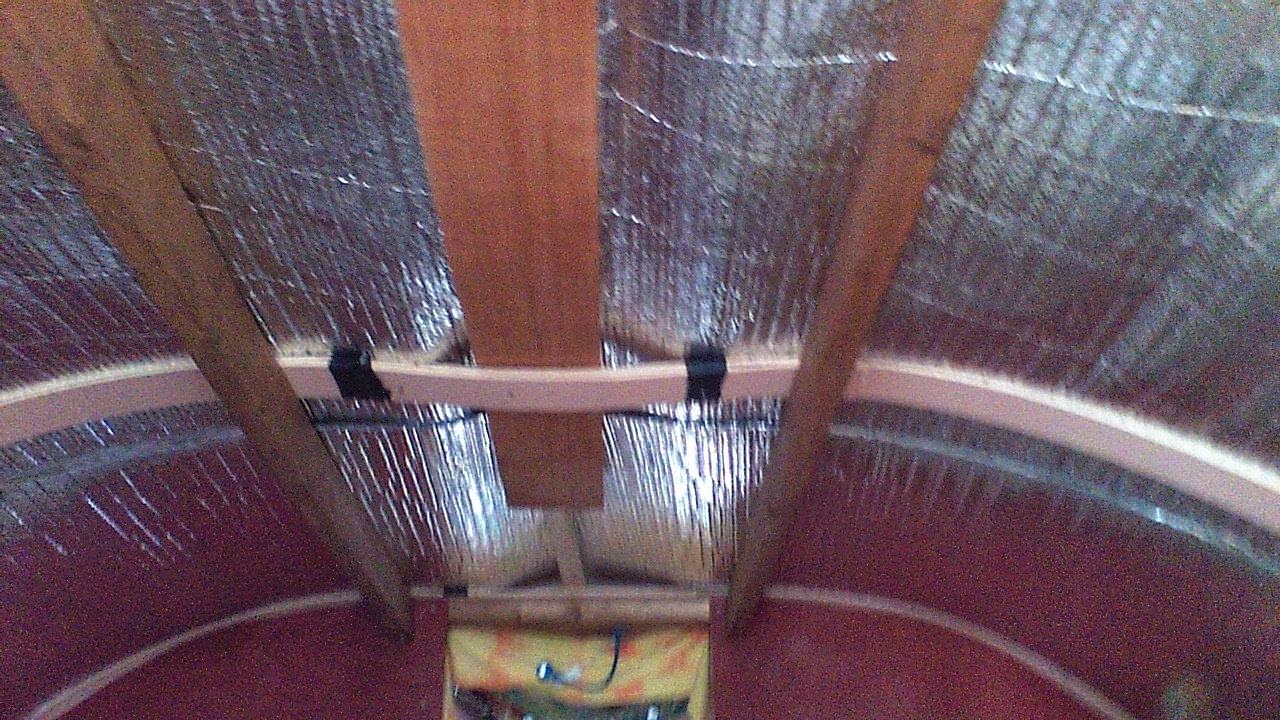 I of course recommend doing this BEFORE you put on the freaking membrane during the original build, but time and money conspired.  The Ecofoil is fairly flexible, and VERY resistant to tearing, fortunately.  Almost immediately, you can feel your own body heat being reflected back at you. 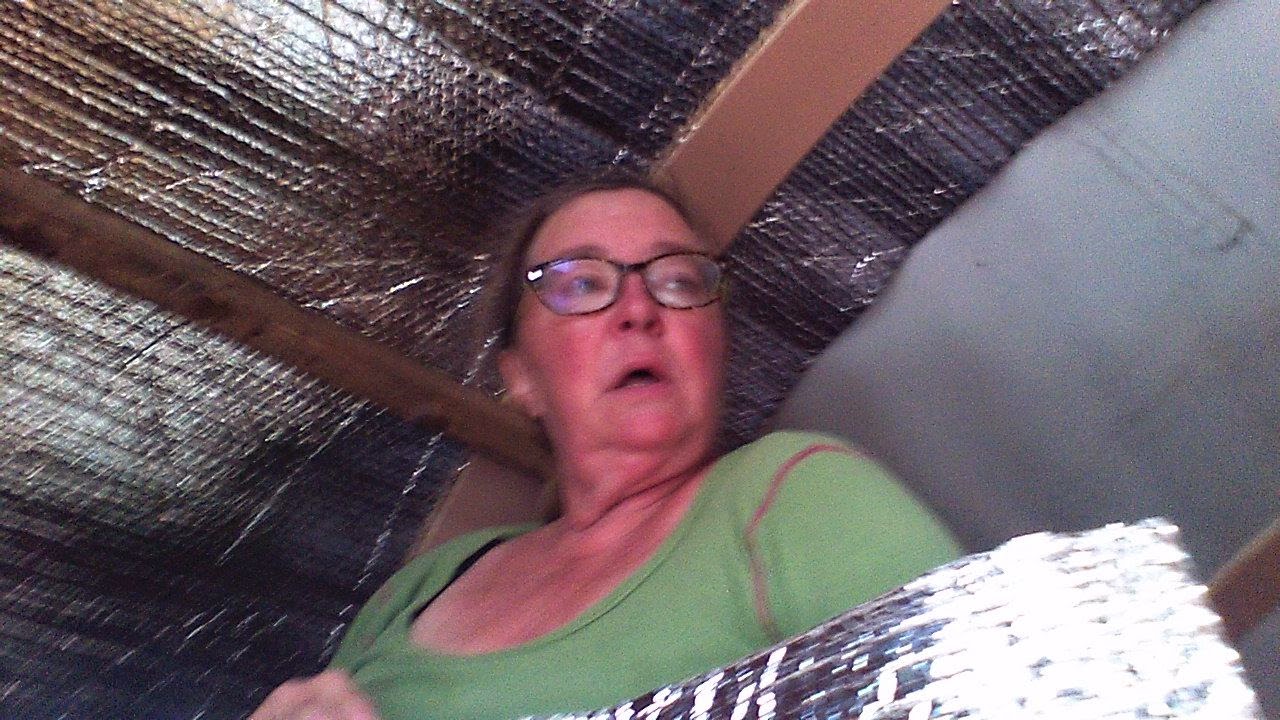 But as you can see by the look on Morgainne's face, doing this over your head is hot work, and fatiguing. 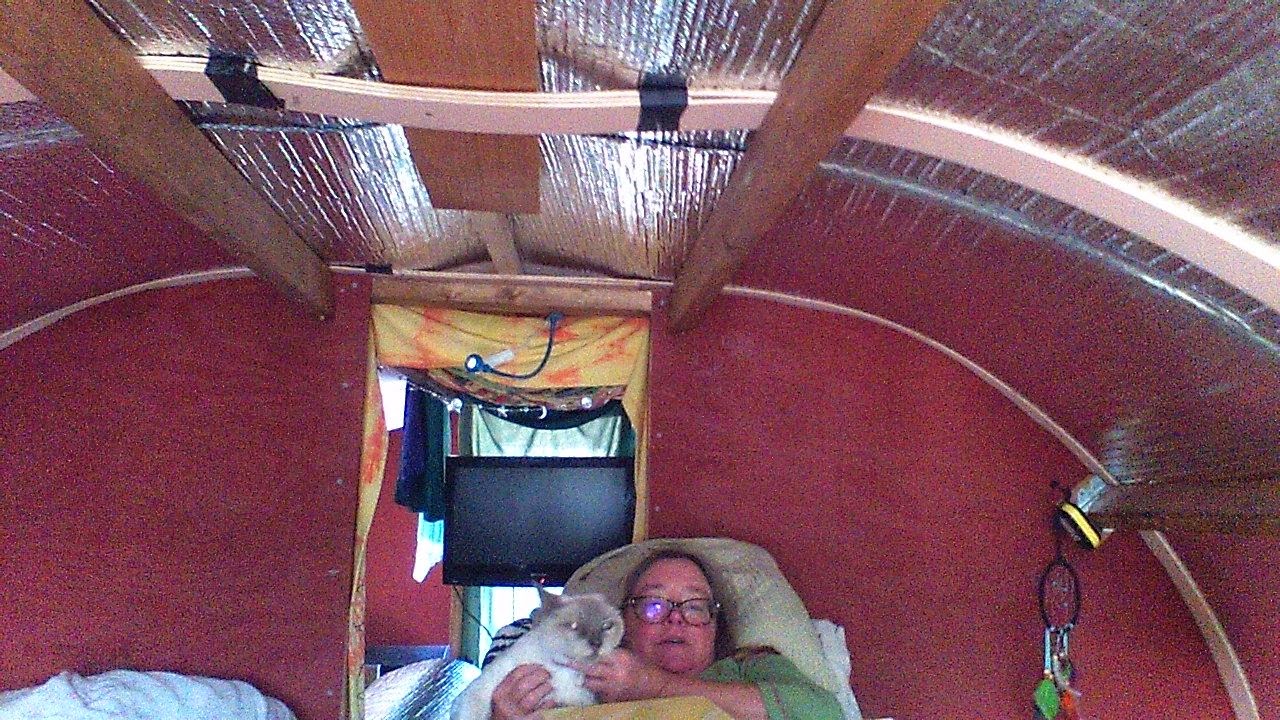 The result, though, is going to be a much more comfortable winter space. 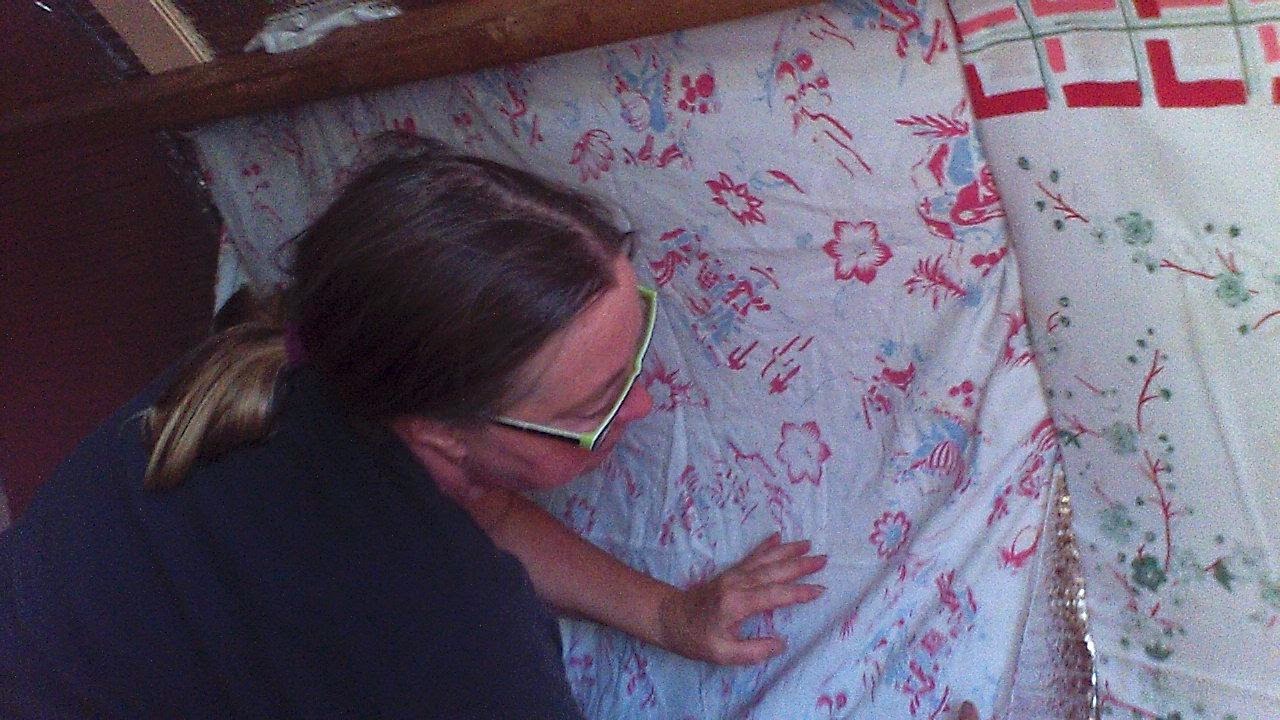 We're lining the interior between the rafters with a selection of cool old tablecloths we've been collecting over the years, which will not only give us something to look at and make the bedroom look a bit less like the interior of a beer can, it will give us another 3" or so of air gap as insulation. 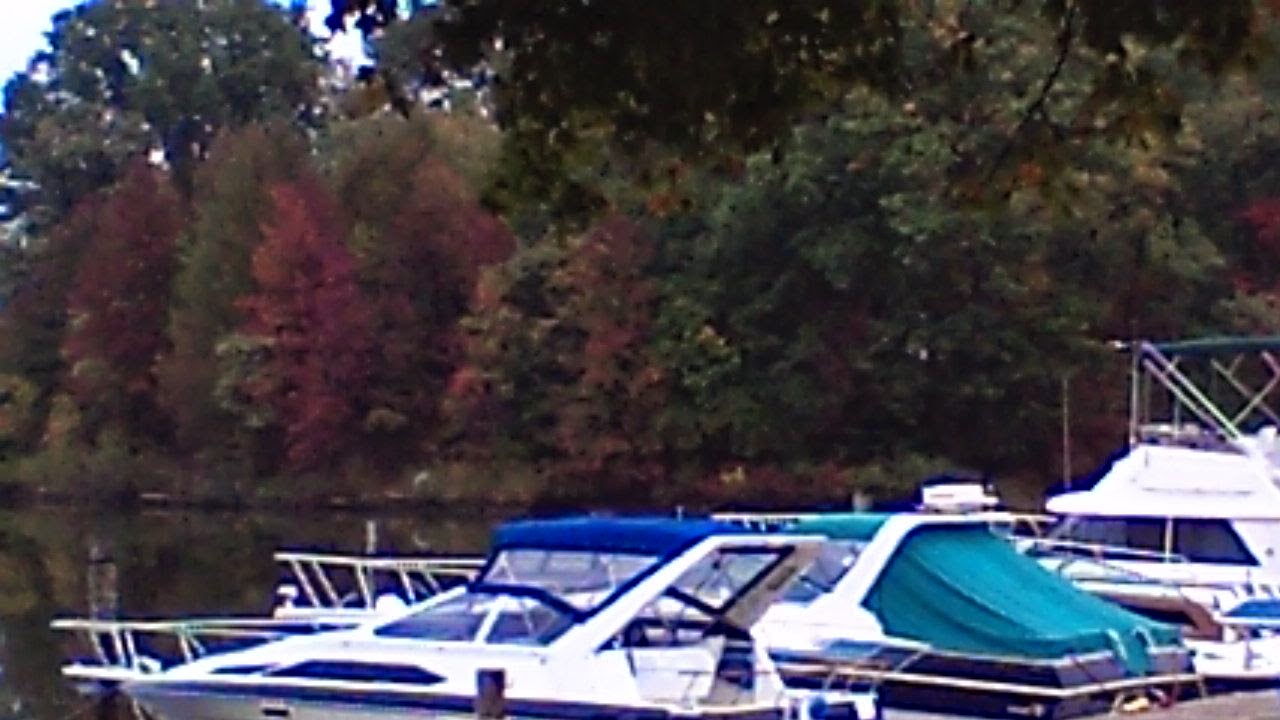 It's time.  The trees are turning in a rather spectacular show of color along the river, and tonight will dip into the 30's for the first time this fall. 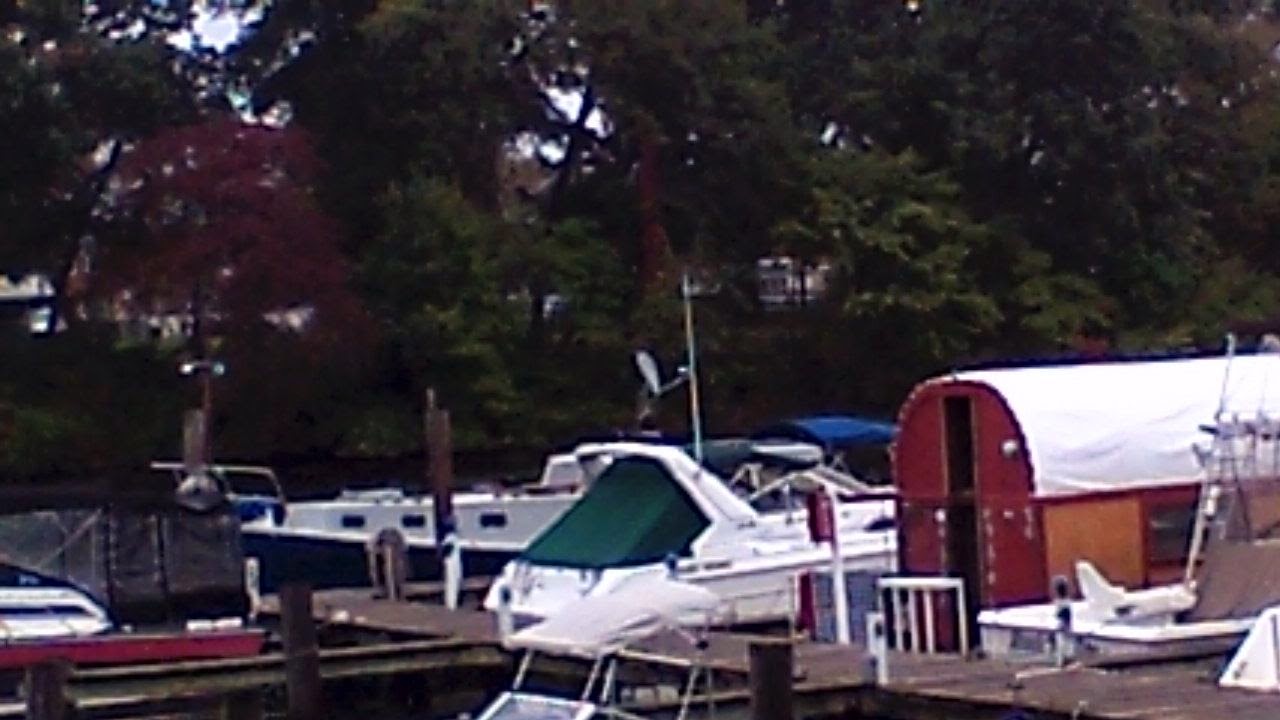 All in easy view of our now cozier home.

Hey, check out our other Blogs:

Shantyboat Q and A, Part Deux

Here’s a few additional questions that came in after our last Q and A.  We thought they might be of interest.

Q:  How do you deal with the stairs and ladders and such?  I would fall.

A:  Some do, some don’t.  The utterly unadvertised truth is: most marinas like at least one or two sets of livaboards.  They act as additional eyes and ears for the Marina.  In our case, we’ve informed the marina of malfunctioning lights (that they might never have seen), the presence of strangers, Uber high tides in the middle of the night that might have soaked the docking and dock wiring. . .we’ve bailed out boats after heavy rains, alerted fellow slip holders to problems with their fenders and dock lines, and in general made ourselves useful.

It is true, some livaboards have gained a rep for slovenliness and loud partying.  We aren’t those kind of folks, and we made that clear to the Marina.

It is also true that some Marinas have a stick up their proverbial butts and are looking only for slip holders that fit their “image.”  One of our neighbors here was hung up on by a Marina because their beautiful, classic Ketch wasn’t “new” enough.  Others refuse to have any wooden or non-manufactured vessels.  The basic rule is:  If they don’t want you, why would you want THEM?

Q:  Is the boat hard to keep clean?

A:  ANYTHING with an elderly, curmudgeonly cat is hard to keep clean.  The boat part is actually pretty easy :)

Q:  What was the hardest part of the build?

A:  For us, it was getting the boat enclosed and our self-imposed time limits.  Until the vessel was roofed over and the windows sealed, we were at the mercy of the weather, and it really put us back.  Since we had our move already set up, the delay meant that we worked ourselves half to death the last month and put to the waters with what was essentially an unfinished vessel.

Q:  Knowing what you know now, what would you have done differently?

A:  There are some design changes we’d have made, which I’ve cited in earlier entries.  Three things, however, complicated our build from day 1, and those we would have changed.  First, we were outdoors, without even a rain or sunshade, and that left us at the mercy of the weather until halfway through the build.  Second, we built on really uneven ground, which made keeping things square an issue.  As a result, NOTHING on this boat is really square or in line.  Third, and we didn’t realize what a factor this would be, we built far from the water and did inadequate research about moving and launching the vessel.  It would have saved us money in the long run to rent space in a boatyard for the build, even if it meant a commute to the construction site.

A:  No.  The boat, like most pontoon boats, is really pretty stable in relatively calm water.  They rock far less than traditional hulls.  Unless some idiot in a powerboat goes by too fast and throws a wake, we’re only vaguely aware of being on the water at all.  Wind can move us around pretty good in the slip during storms, and there is a bit of movement when we hit the end of our dock lines and they stop the boat from drifting.  When I replace them, I’m putting in elastic snubbers that will slow the boat slowly when it drifts rather that stopping it somewhat abruptly when the line gets tight.

On Release of the Plans, recycling furniture, and arts and crafts afloat

We've been slogging away on the plans for you guys, and should get them ready for release before the end of October,  '14.  {update, it's now going to be more like the first of the year.  On consultation, we've made some real improvements to the construction plans.  We think you'll be pleased.} The plans will be in a single .pdf file, complete with line drawings and applicable photos from the original construction, and will hopefully enable you folks to build your own barrel shanty avoiding the mistakes we made in ours (along with some of the expense, bleeding, cursing, and general angst).  Now I just have to figure out how to get the plans to whoever wants them.

In answer to a frequent question: No, we aren't charging for the plans, they'll be free to download, but we will solicit donations from ya if ya got it.

A decade or so ago I built a set of shelves for my study, and they've followed me through successive moves.  Unfortunately, a 6' X 4' bookcase was NOT gonna fit here on the empire.  So I knocked them down and transformed them into shelving sets for one of the kingpost sets here aboard. 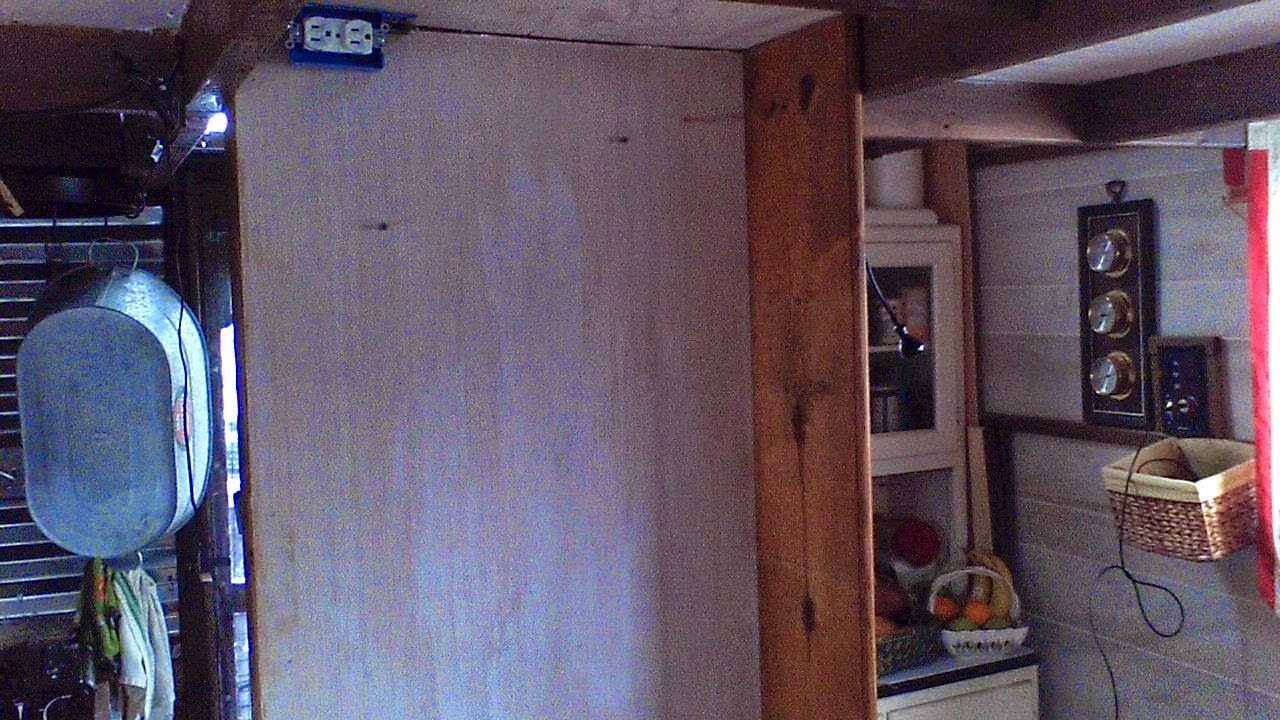 Here's the first side going in, anchored to the roof rafters and a kickboard. 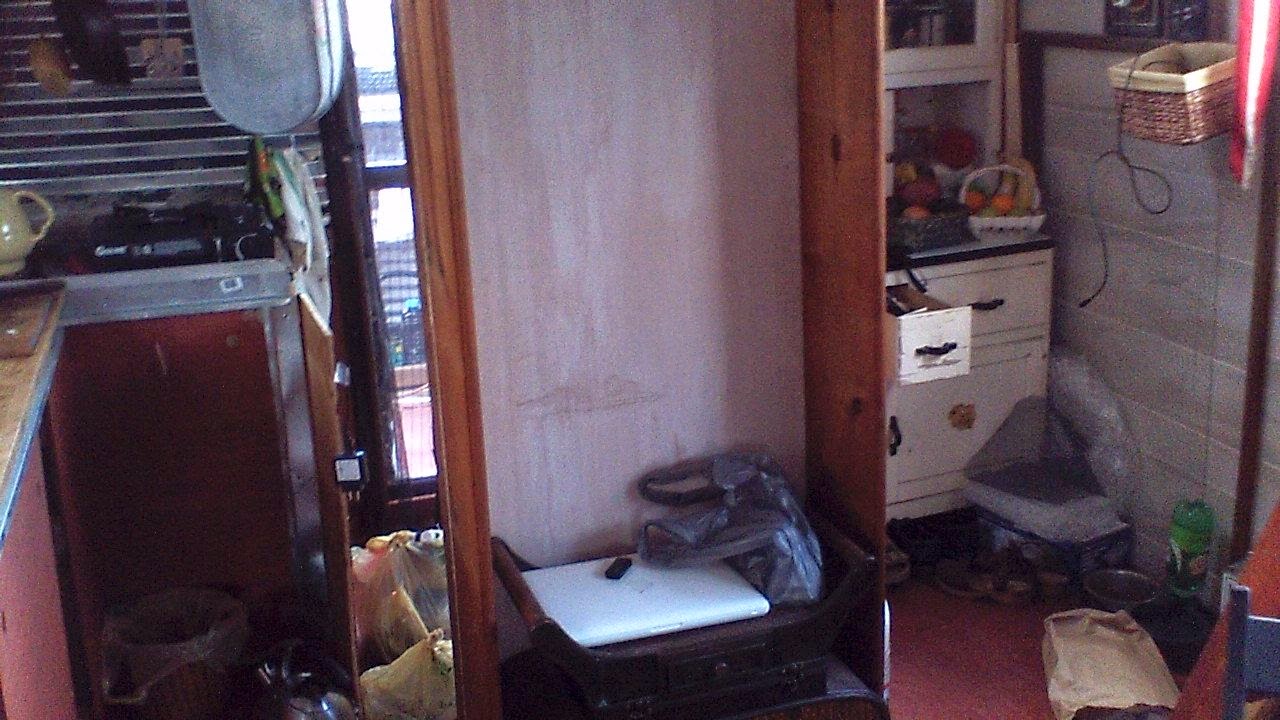 We made space to accommodate a tea chest we had in storage at the bottom, so it becomes pull out storage and seating. 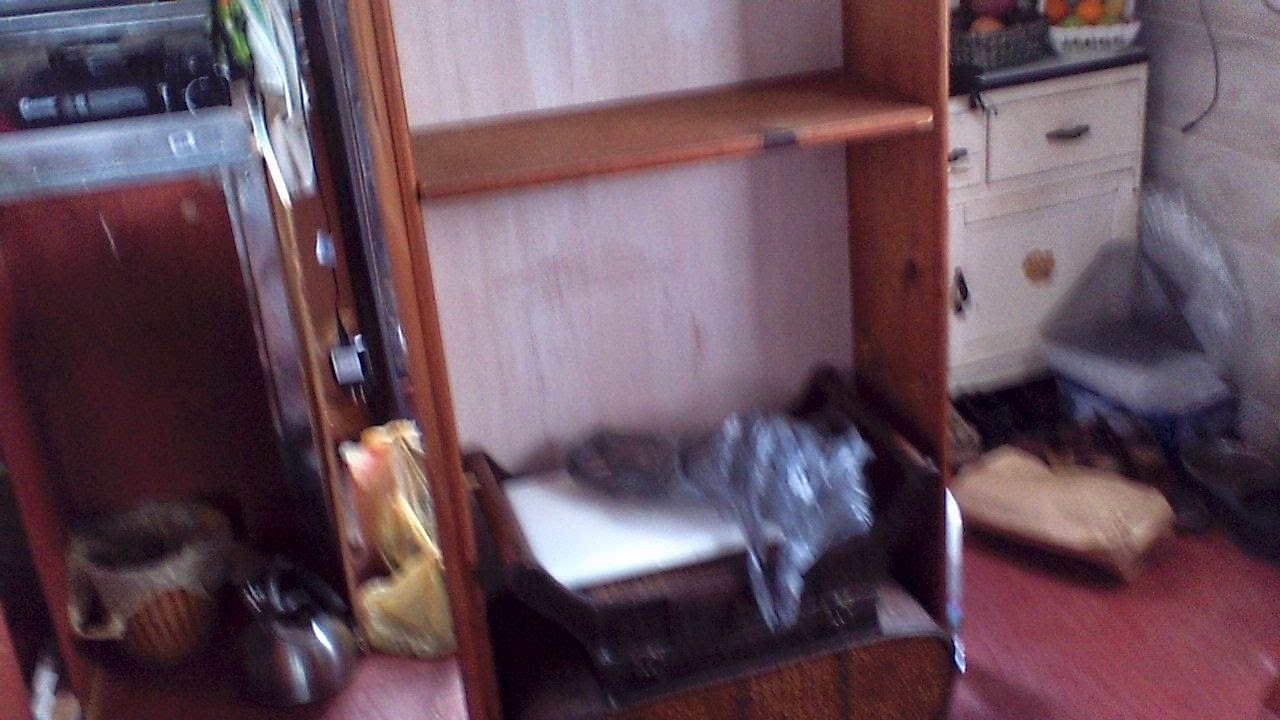 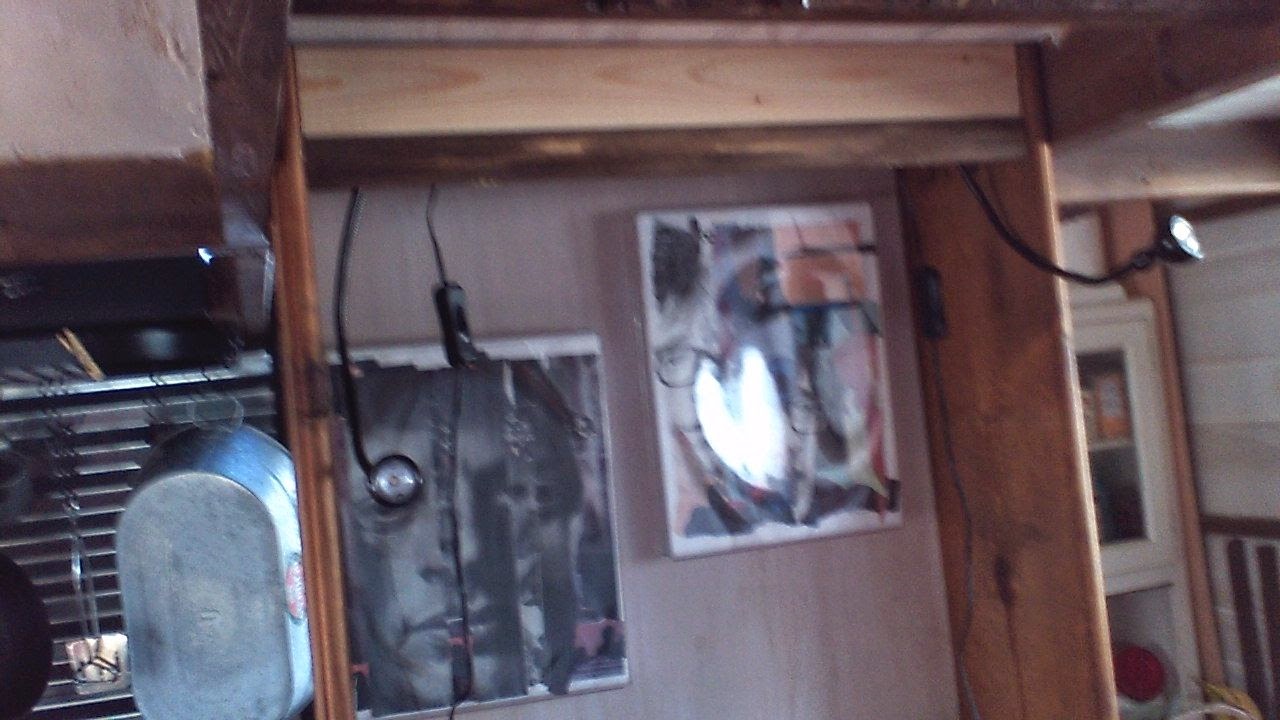 We also used a cover board at the top to turn our little Ikea snake lights into indirect lighting when we want it.

All in all a rather nice project.

The Marina asked us to do signs for the bathrooms to replace the industrial stick ons they were using.  We did a faux distressing on some planking and got fanciful. 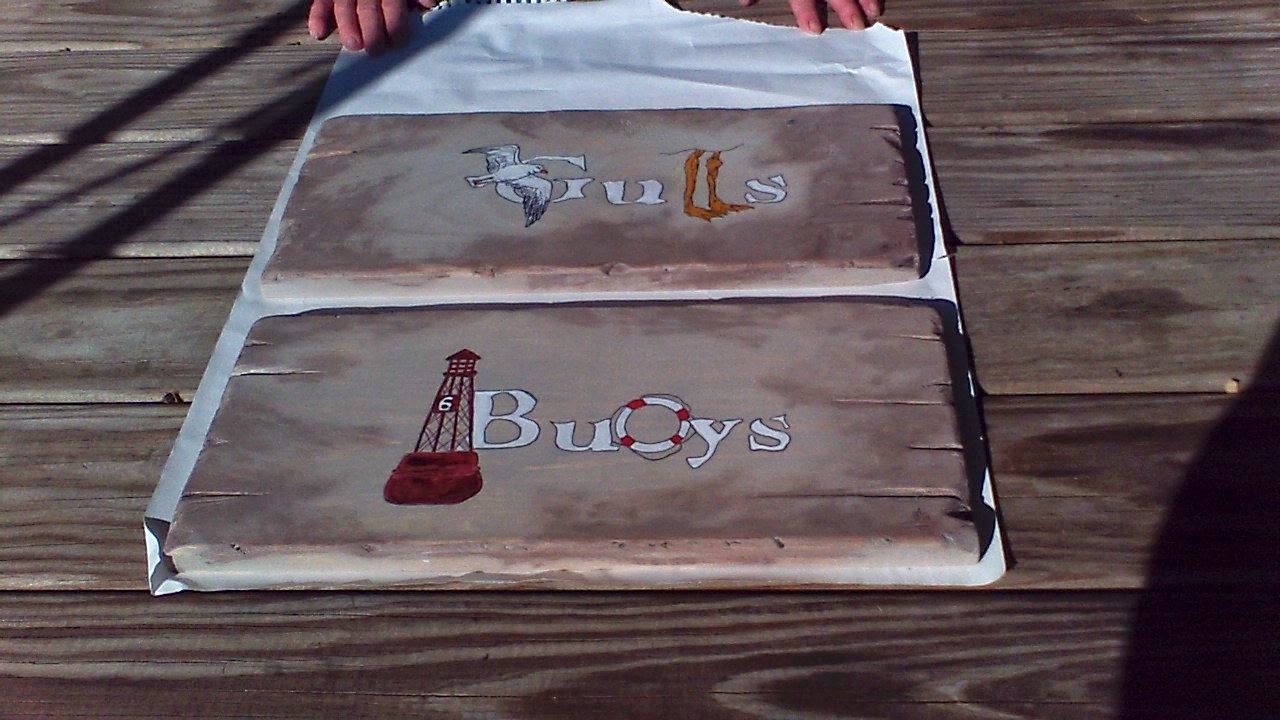 Turned out pretty well, no?

We even had time to go gathering some black walnuts.  More on this on our cooking blog, Onboard Cooking soon. 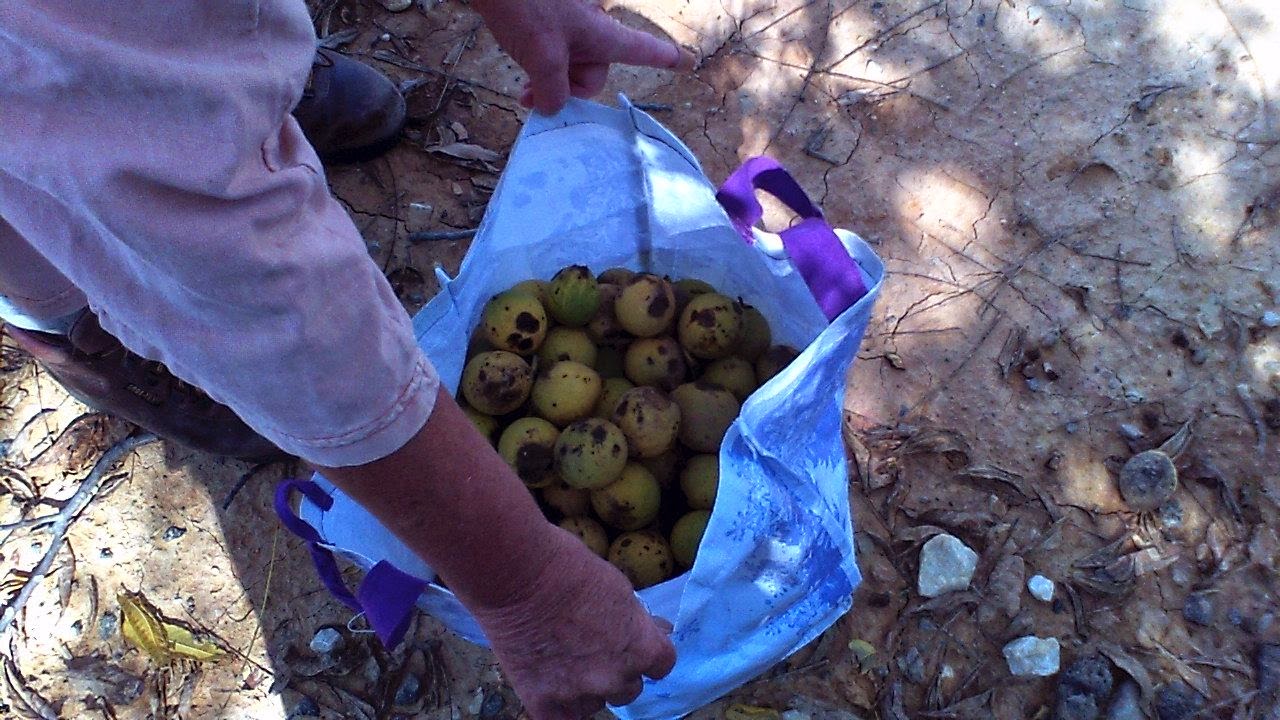 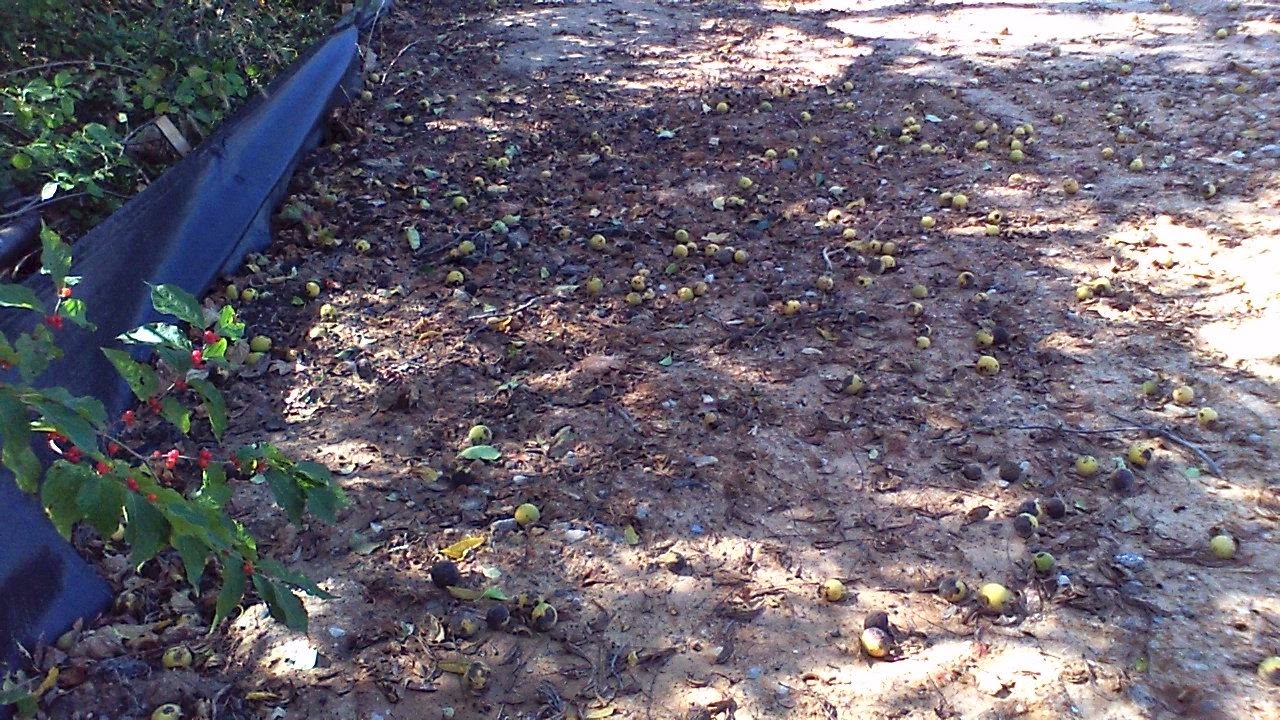 More shortly.  So How do we get you guys the .pdf files?  Please leave us suggestions in the comments.

Hey, check out our other blogs:
Life, Art, Water
Onboard Cooking
Mungos Forge
Posted by Mungo at 10:24 AM 5 comments: 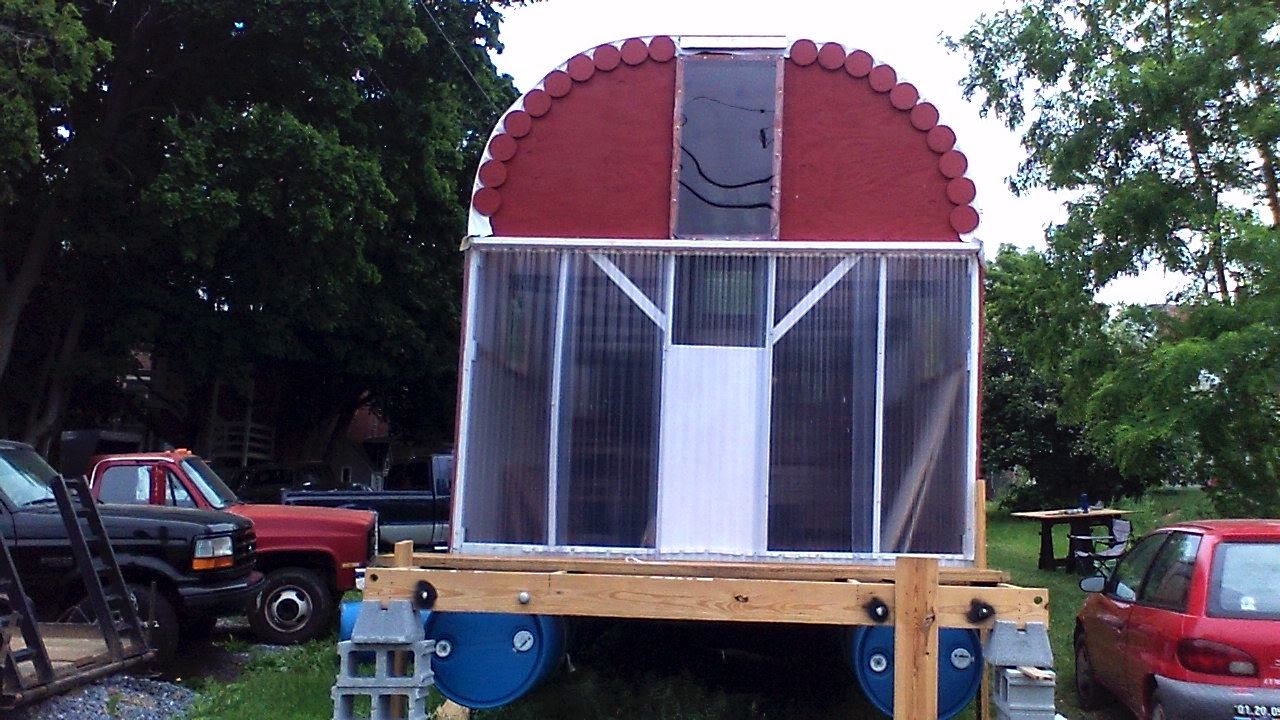 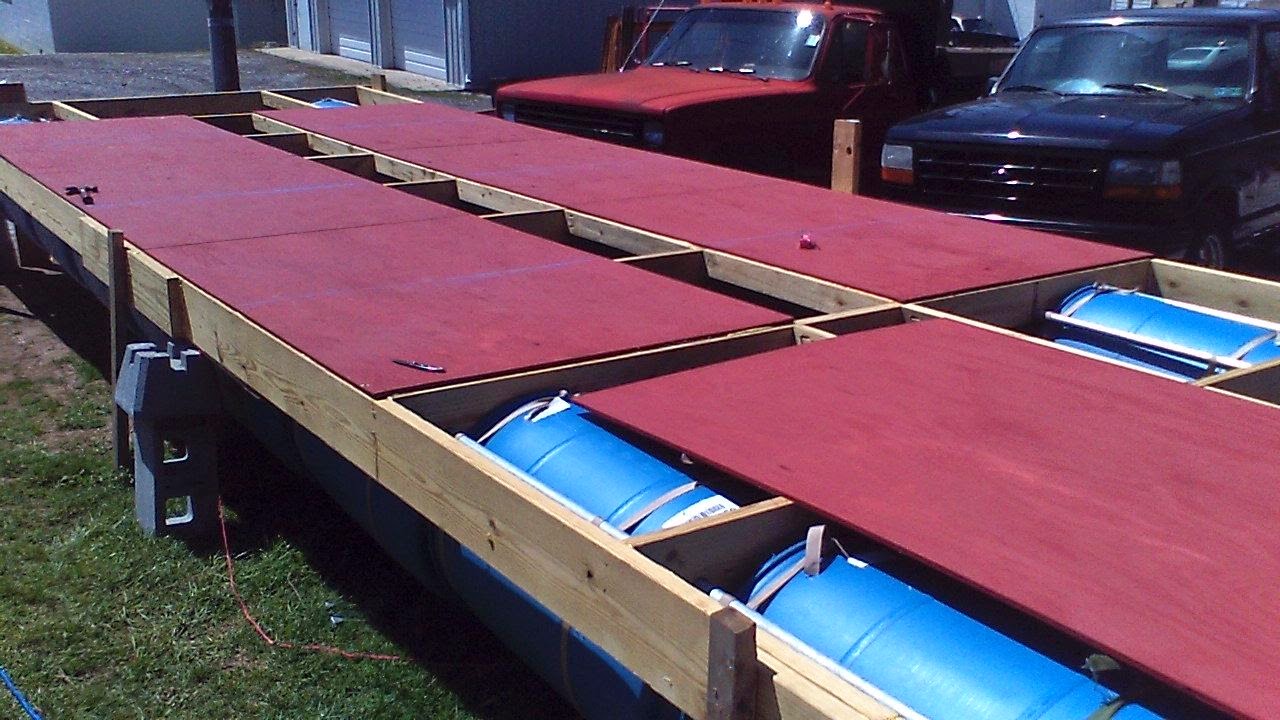 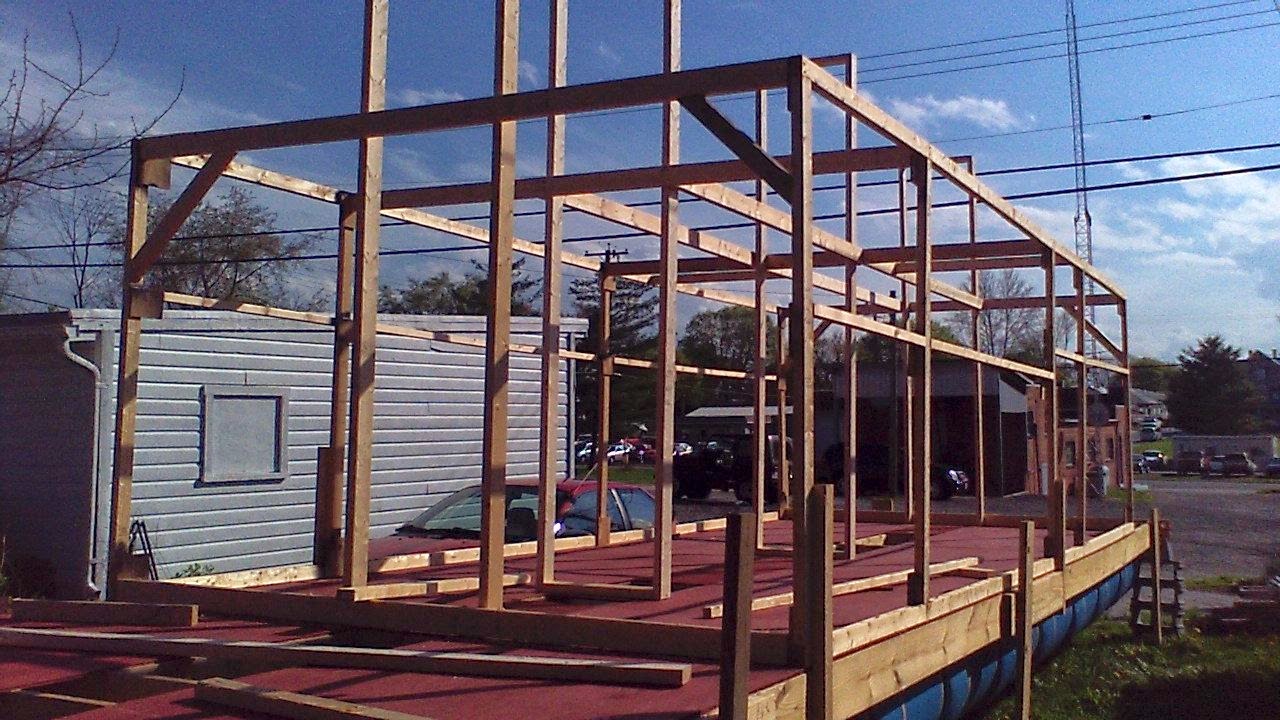 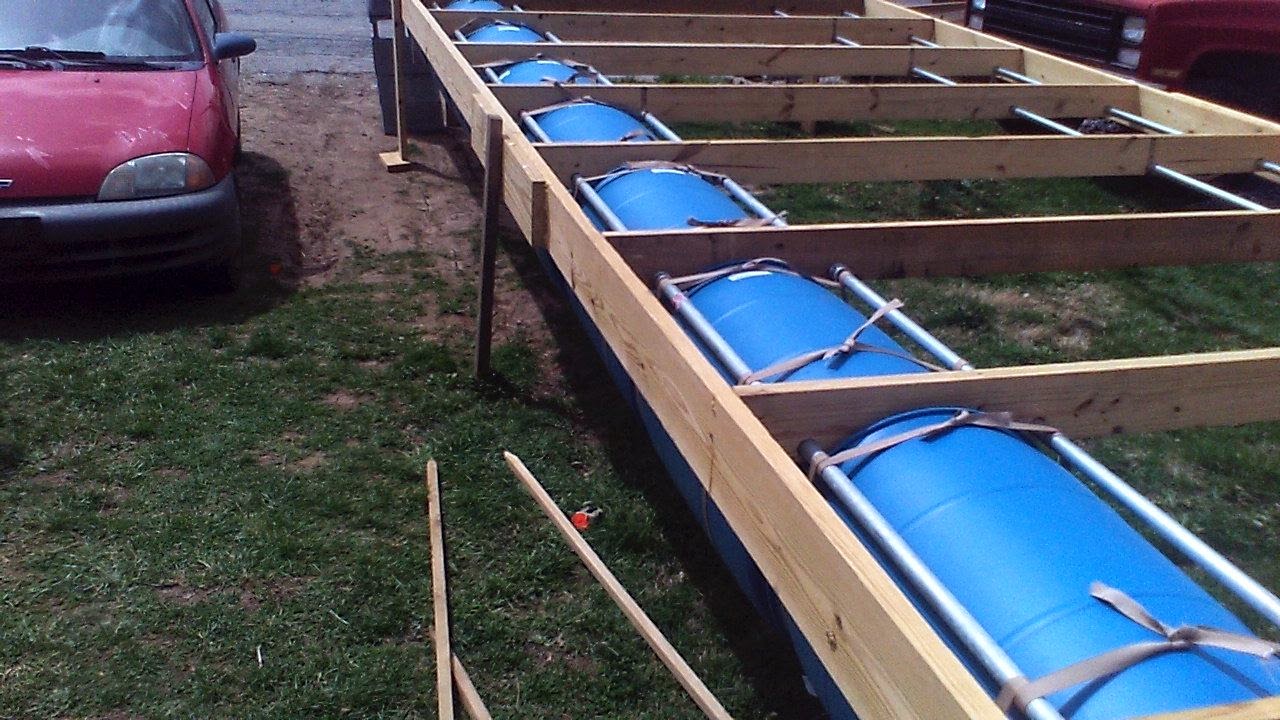 our other waterbourn, gonzo, maddening, artful, and slightly odd blogs of life on the water.
Posted by Mungo at 10:06 AM No comments: