Tomorrow it will be 6 months since we launched the Floating Empire at the Baltimore Boating Center. I thought this would be a good time to look bank and take an inventory of our success' and well not failures, rather our shortcomings.

On the whole i would judge what we have done as successful; with one very large caveat, our floatation is inadequate. Put simply we are too heavy. We misjudged by a fairly large factor the weight of the things that we have put in the boat. Sigh! Still, we are floating and we have plans to address this important issue in the very near future. Mungo is working on the plans as i write this. We are planning on adding an extra rank of floatation to both sides of the boat which will while providing much needed extra floatation will also function as the base for catwalks on each side of the structure. The catwalks will allow us to address other issues as well. The spar varnish that we used on the exterior walls has not held up. A pity as both of us like the look of the wood. So with the catwalks instead of trying to paint the walls from our inflatable dinghy we will have a nice stable platform to work from. While we're at it we're planning to install a drip edge under the roof membrane.

Yup, there are a bunch things we didn't think of when we started this project. Sounds like a six month make-over right? Stay tuned.

We both love the space, especially now that we have a reliable non-electric heat source. We are big fans of Kero! Check out Mungo's posts on this topic. We are making changes inside as well, most of which are still in the talking stage. Our bathroom is still not finished and will likely not be until spring as some of those changes require taking part of my studio wall down. Not something either of us fancy doing in January. We will be rebuilding part of the galley as well. With the arrival of the Butterfly cook stove we discovered immediately that the hearth is too high to cook on comfortably. I do not relish the thought of stirring a risotto with my elbow over my shoulder.

You know all of this may sound  as if there are more things wrong than right with the Floating Empire. This is simply not true. What is true however is that the Empire is an experiment. Not just a design experiment; but an experiment in a whole new way of living. We have taken charge of our lives and our home and we both expect the Empire to change and grow as we learn to live in her.

HAPPY SIX MONTHS TO US! 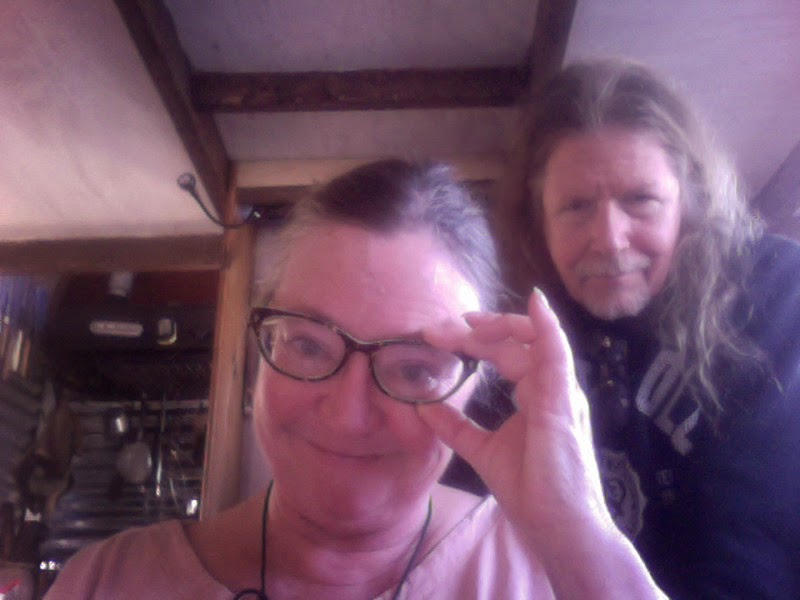