In Pursuit of Cold

Refrigeration is always an issue off the grid.  Our original thought was to use ice chests until we could build a big, superinsulated ice box for the boat, then run on block ice every week or so.

We did come up with some decent techniques for keeping things in the coolers from getting sodden, using cut down cat litter containers--the plastic ones--as bins to contain the ice and keep water out of the food. 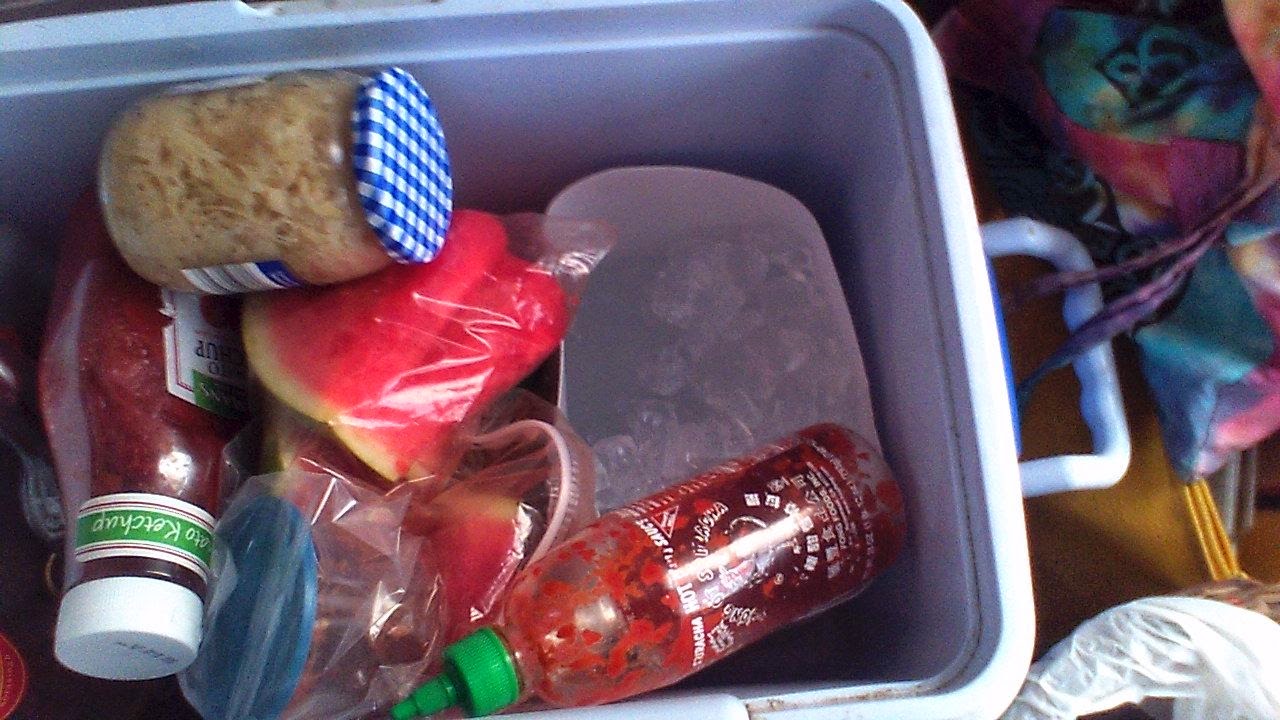 The trouble is, it’s hot here, with some days veering toward 100 F and 92% humidity.  The ice melted fast.  Worse, we wanted ice in our drinks, ice to make frozen desserts (we can make great lassi and milkshakes using the stick blender), ice just for cooling down.

The marina has ice, but in small bags at a premium price.  So, on virtually a daily basis, we were forced to drive to a local grocery to get a 15# bag of ice, or all the way down to Baltimore Boat Center (the only place we’ve found locally that sells block ice) for a couple of giant cubes.

This was proving to be neither practical nor economical, and in terms of environmental impact, between the driving and whatever energy sources the ice company was using to make the ice, its hardly green.  Even with a superinsulated ice cabinet, the problem would still exist.

So we determined that the best course would be to see if our solar system--which we are hardly taxing--would carry a small fridge.  We wouldn’t be running out and burning gas to get environmentally questionable ice every five minutes, and the milk would stay much happier.

So here’s the deal:  “coolers”, the kind sold to work in your truck or car, utilize Peltier effect to cool (or heat) the inside of an insulated box.  It works, but only to about 30 degrees below ambient temperature, and they’re wildly inefficient.  Fine if you’re on the road and have 12V power coming off the alternator to burn, lousy if you use solar and batteries for power.

Refrigerators using compressors and evaporation cycle are far, far more efficient while running, but they do have one drawback:  They take a sizable surge of power--often as much as 10 times their running wattage--when then start up.  So all we needed to know to make an informed selection was the running and the startup voltage of the compact fridges we were considering.  There was a time when this was all posted either on the website or on the documentation for the appliance.

.....go ahead.  Try to find it now.  This has proven and incredibly complex to do for some reason.  Wattage is rarely posted (though yearly energy consumption is REQUIRED to be posted in the US). When it is, you don’t know if its maximum wattage drawn (the startup wattage), operating wattage, or, rather bizarrely, an average of the two.

So after multiple Emails, chats, forums, and snarling efforts restraining myself from throwing the computer out the window, we have finally narrowed the choice down to a couple of compacts in the 3.3-4.0 CU foot range. The leading contender is a 3.1 made by Edgestar.