a bit about the move to water.

Okay, so as promised, here's part one of the chronicle of our move to water.  Here's a shot of the boat interior......I couldn't put the interior walls in place because it had to be filled with the flotation which we had to take off again....grrrrr.....because with it on it was too high to transport 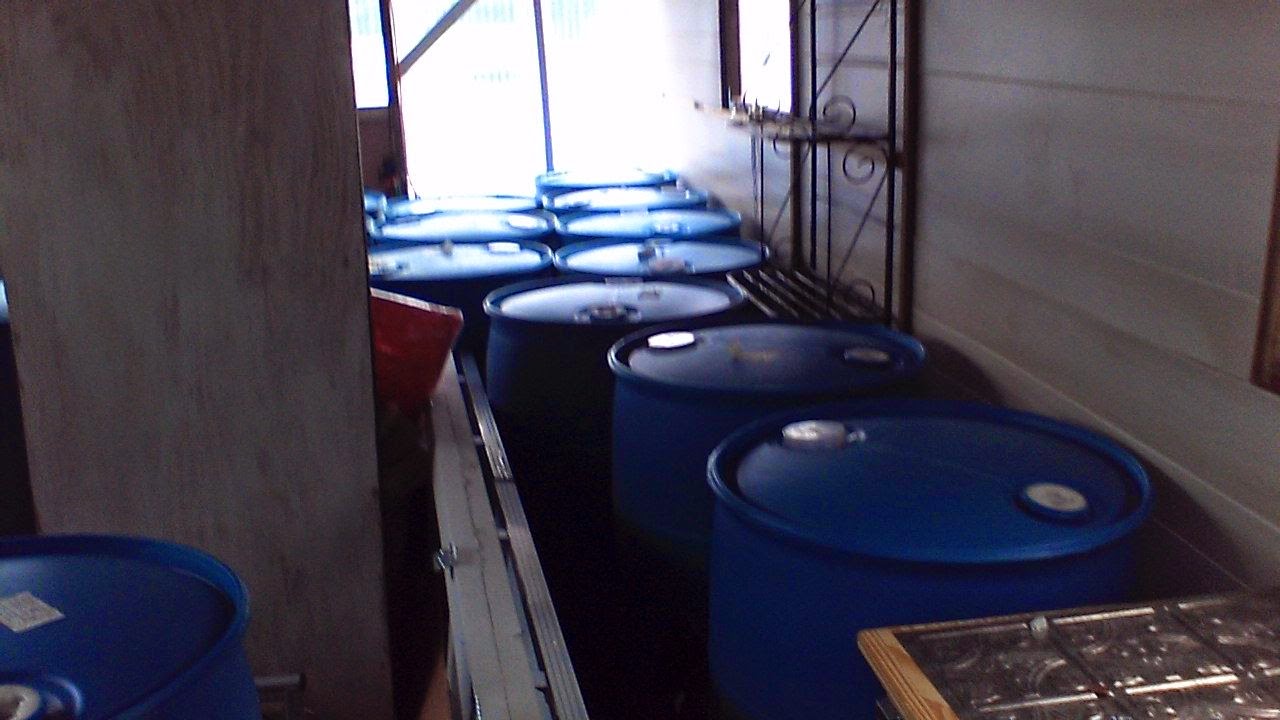 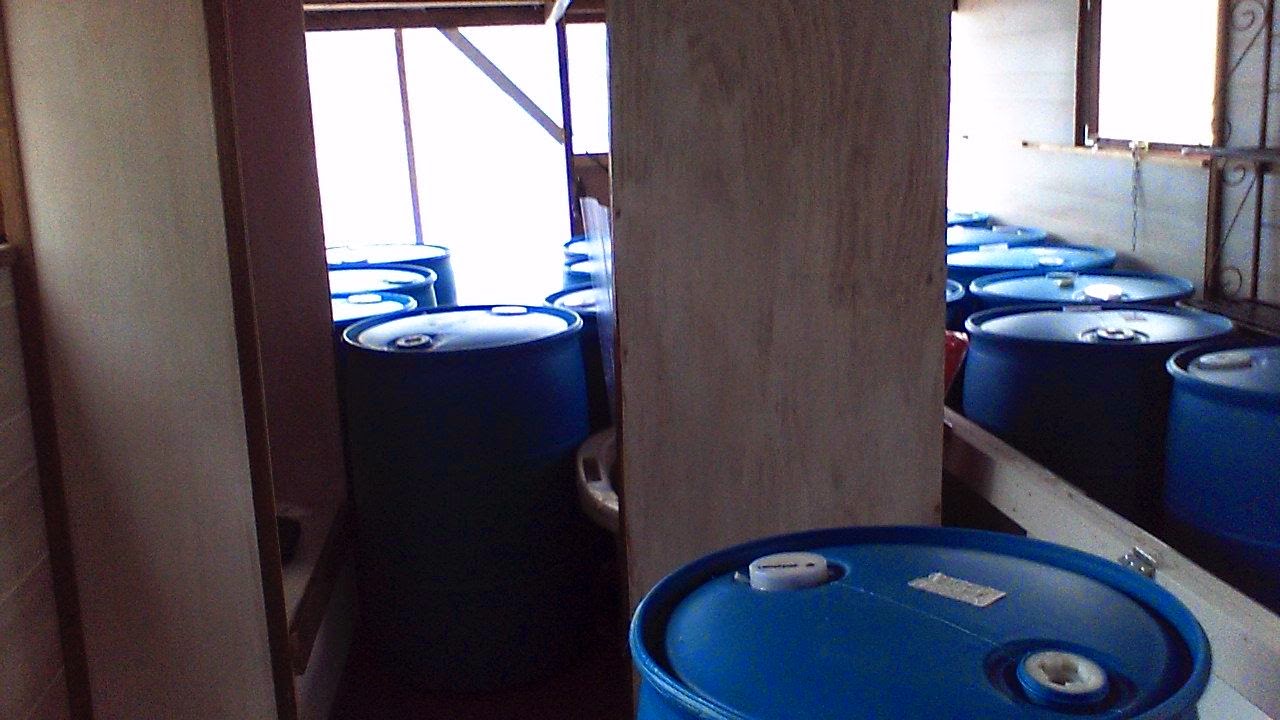 So we wound up with a trailer full of barrels. 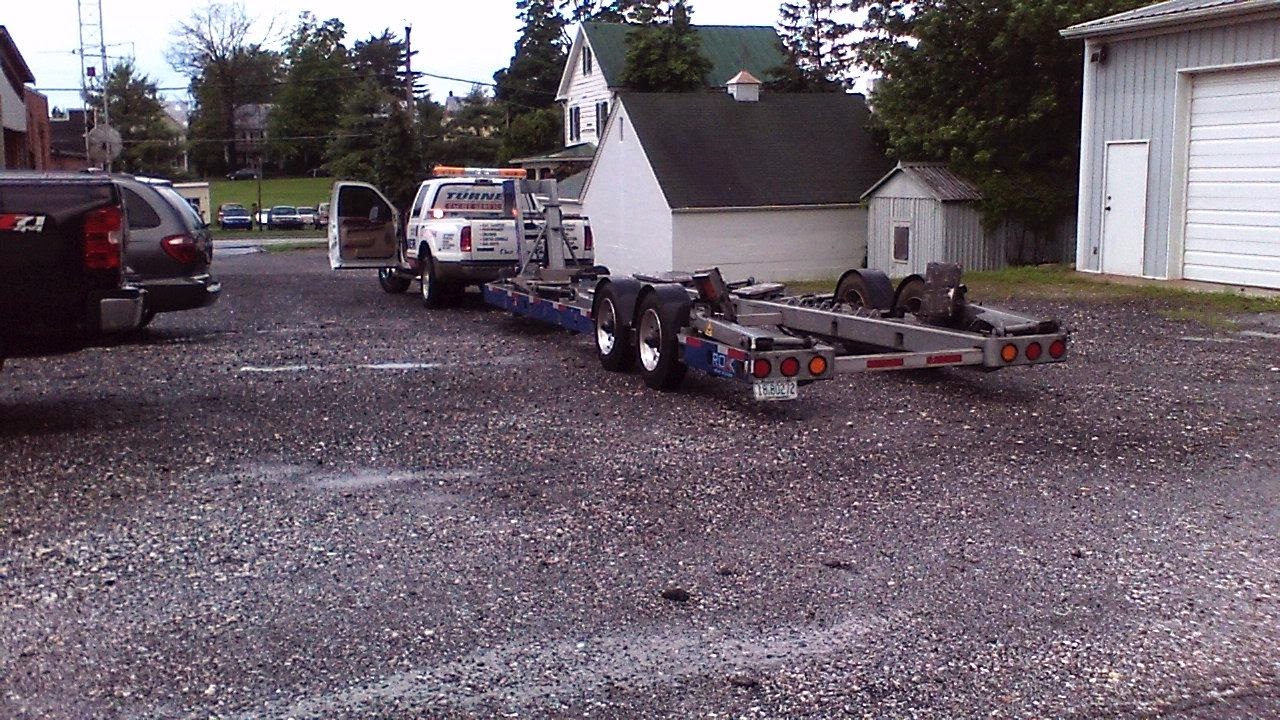 Here's Richard with Turner Marine and his hydraulic trailer 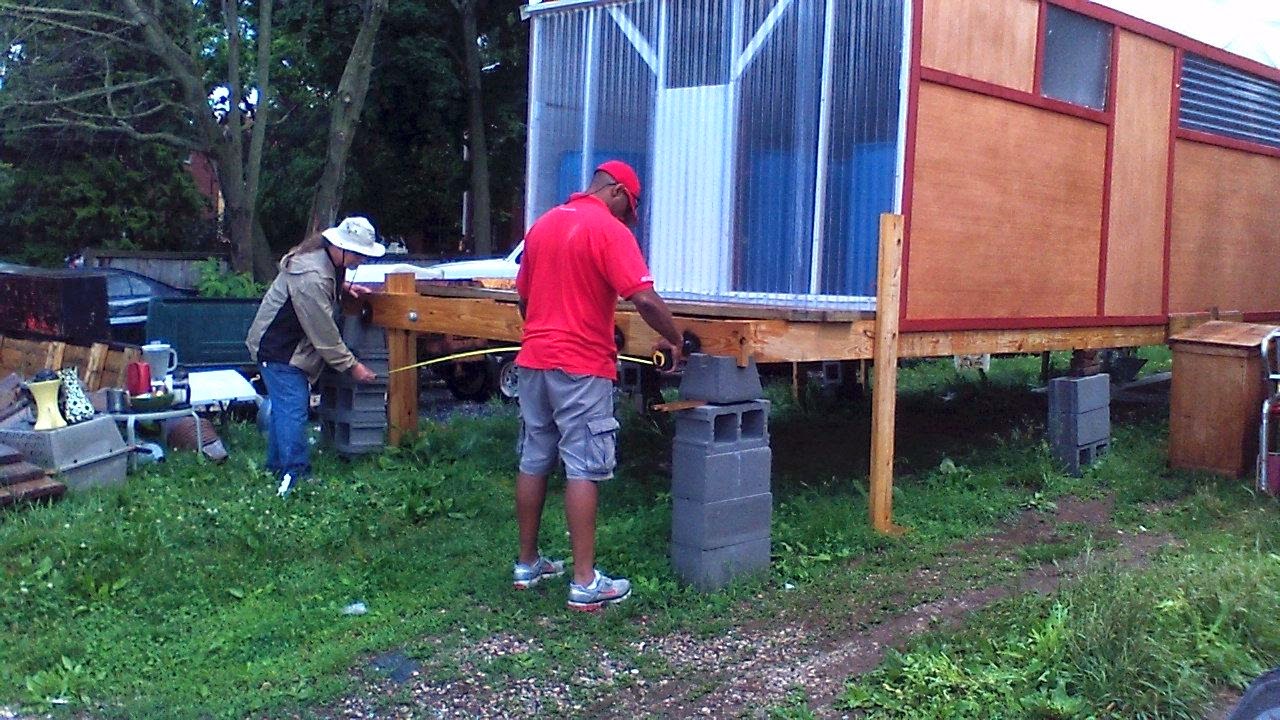 Seriously, I have nothing but nice things to say about these guys.  They worked their asses off, making sure our strange little boat was safe in transit.  Loading it onto the trailer from the uneven wet ground took nearly three hours.  We were exhausted by the end of it.....did I mention the occasional pouring rain?......make that exhausted, cold, and soaked. 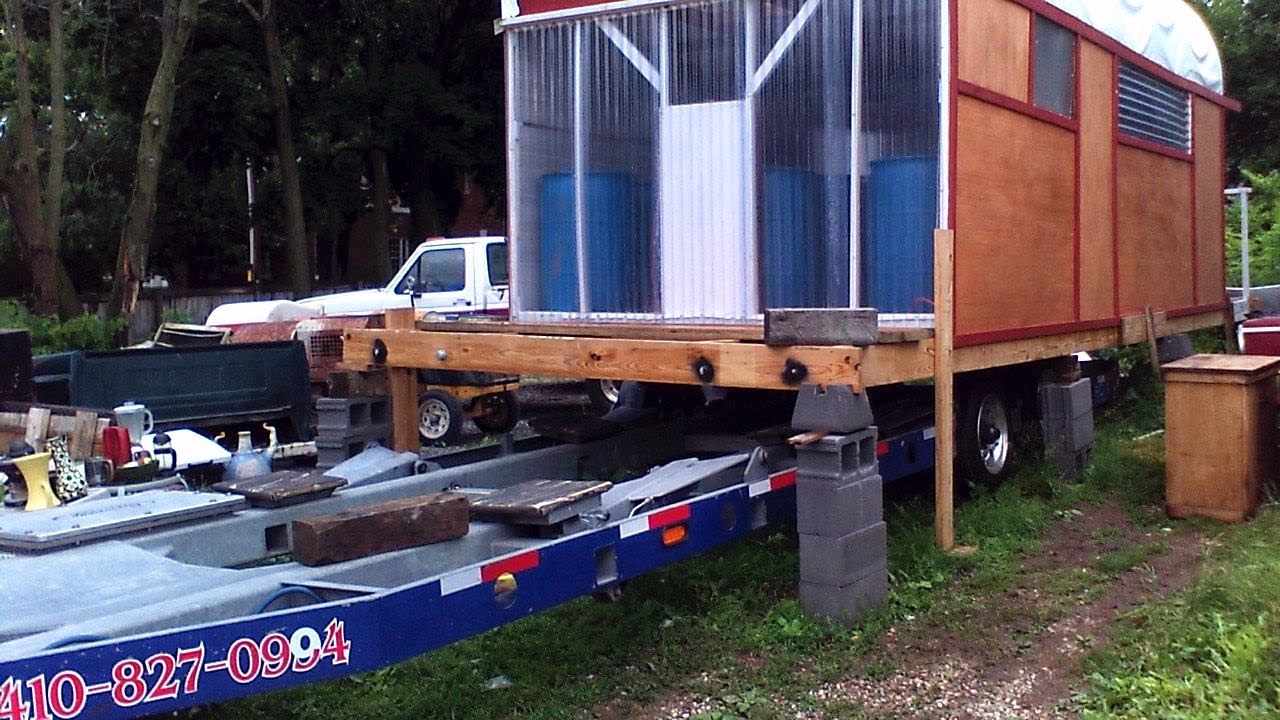 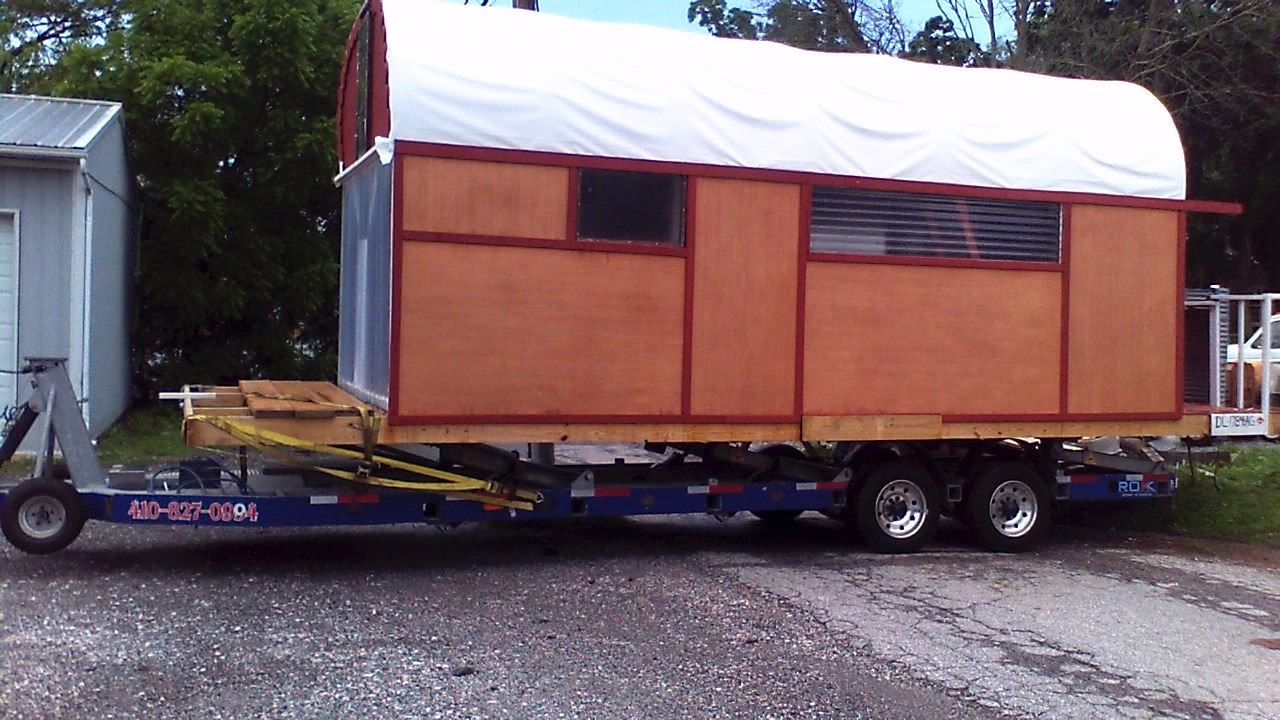 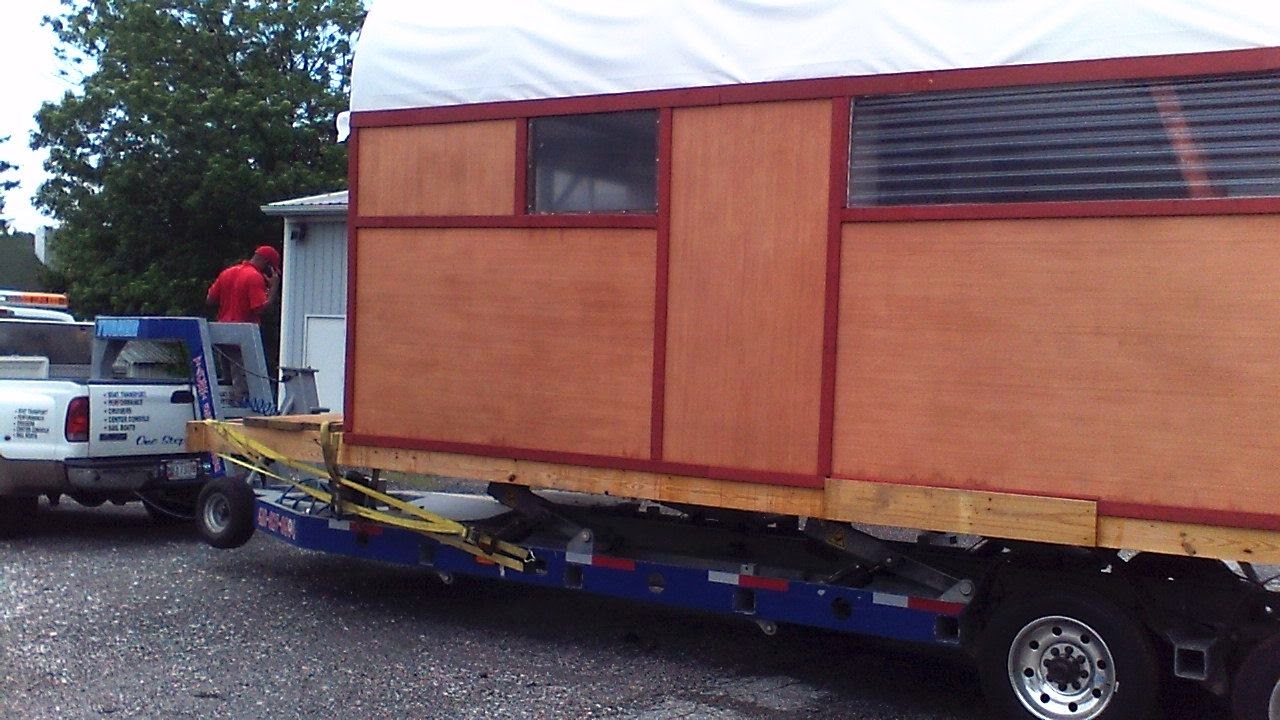 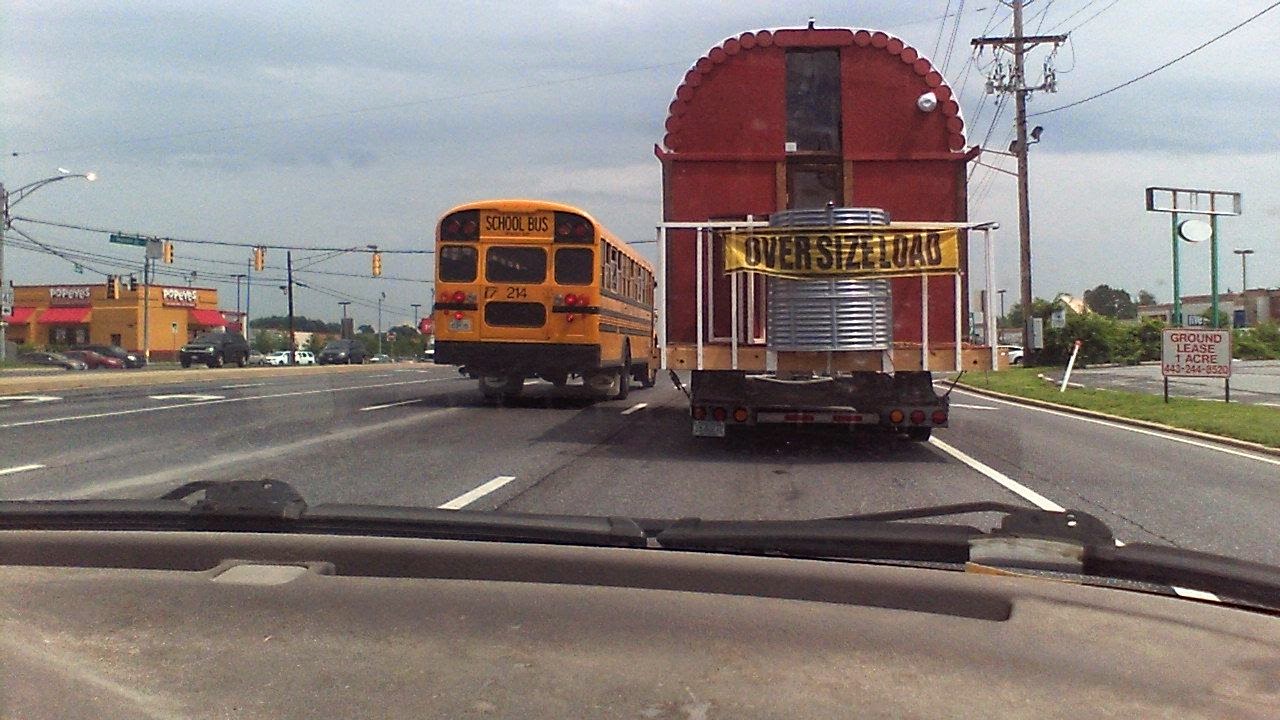 From Westminster Md to Essex MD, about 44 miles, and one of the most nail biting rides of my life.  This is, of course, the equivalent of sitting a boat in 50 mph winds for an hour and a half, 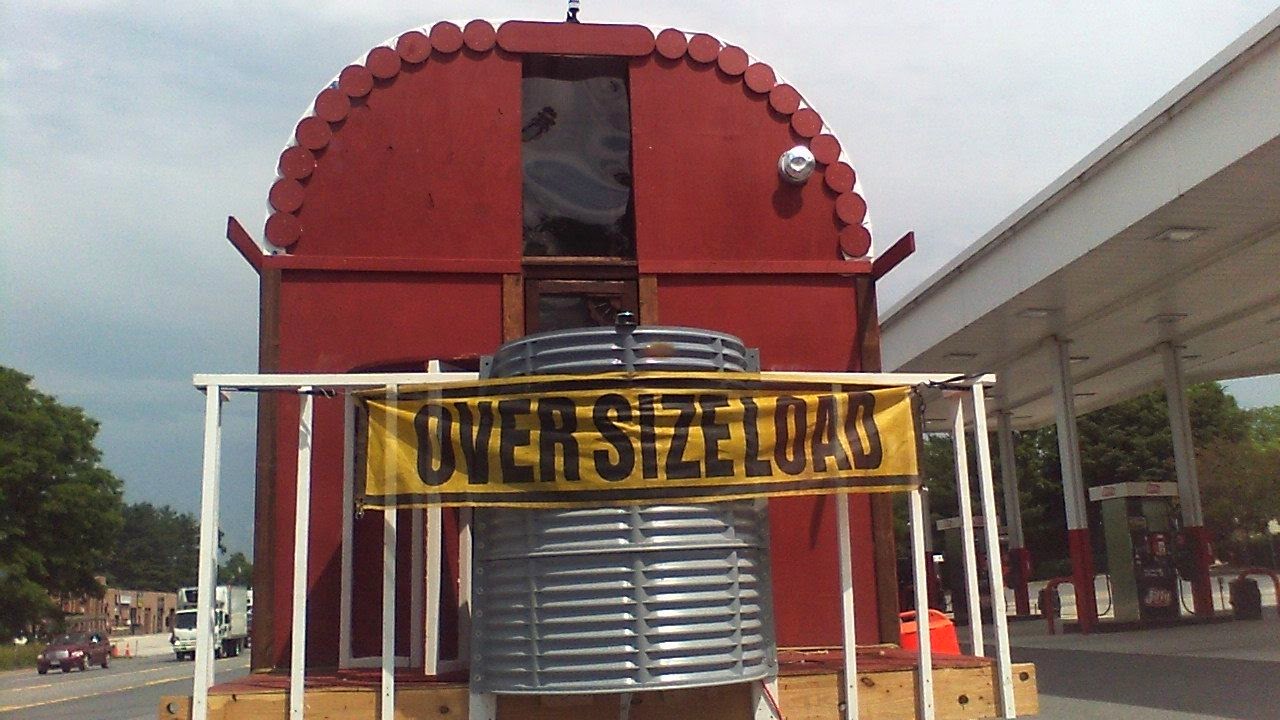 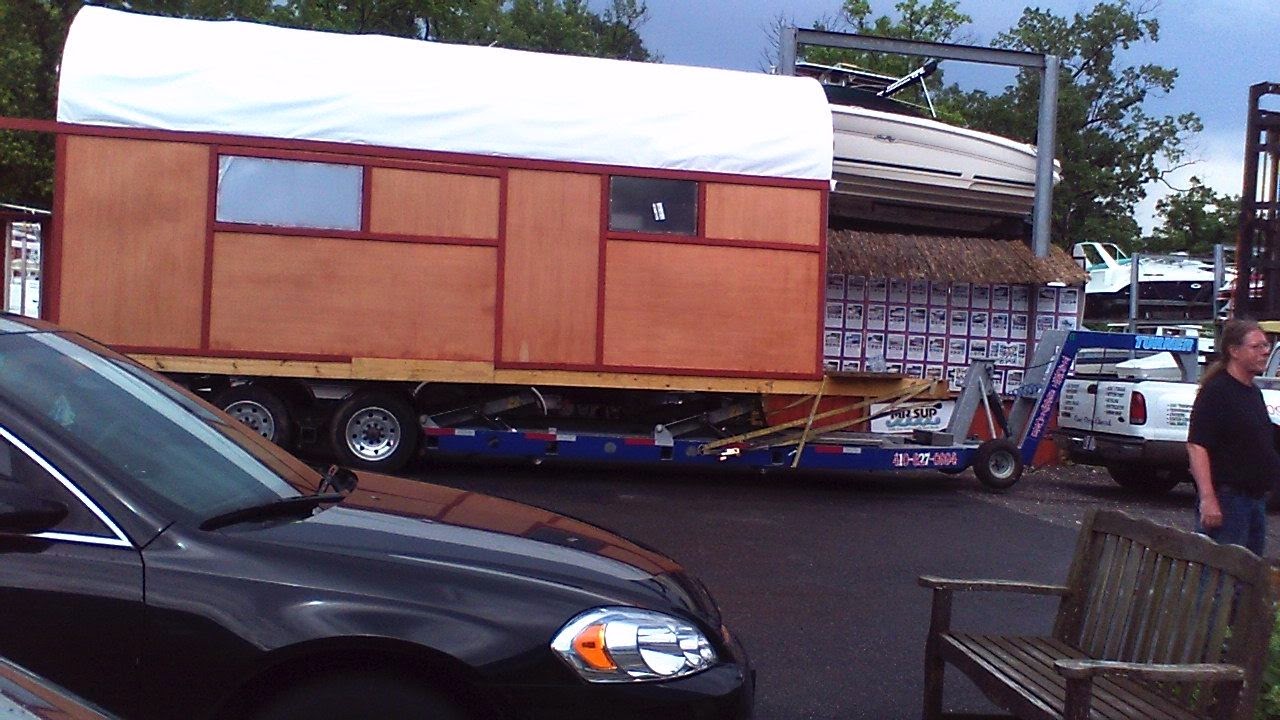 But we made it to Baltimore Boat Center fine.....now of course we had to get it OFF the trailer. 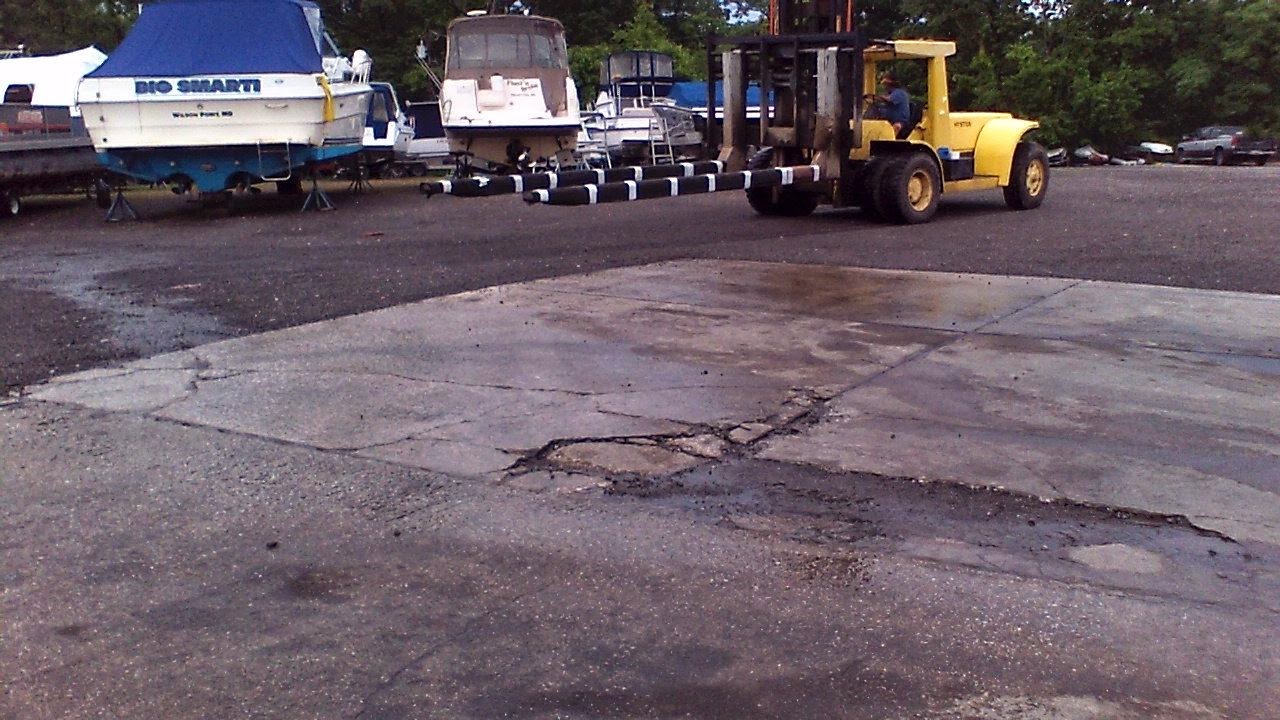 Which was tried using this monster fork lift....bad idea.....we broke one of the stringers in the process. 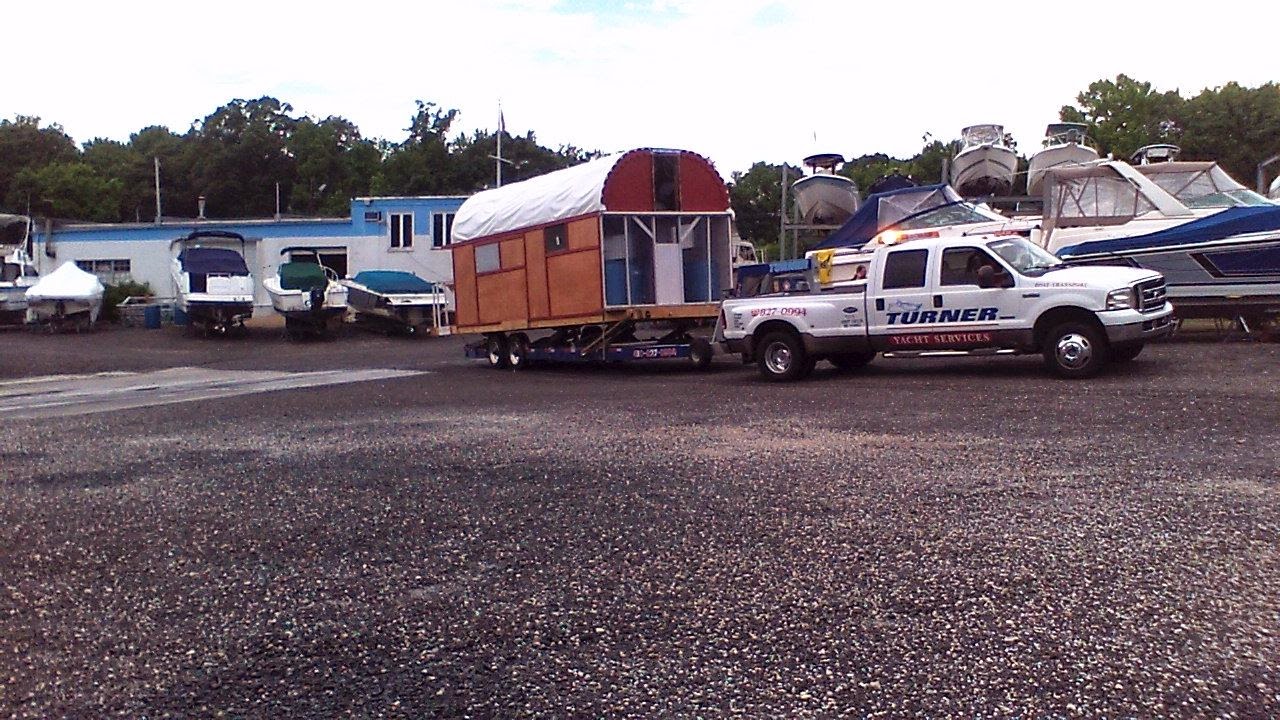 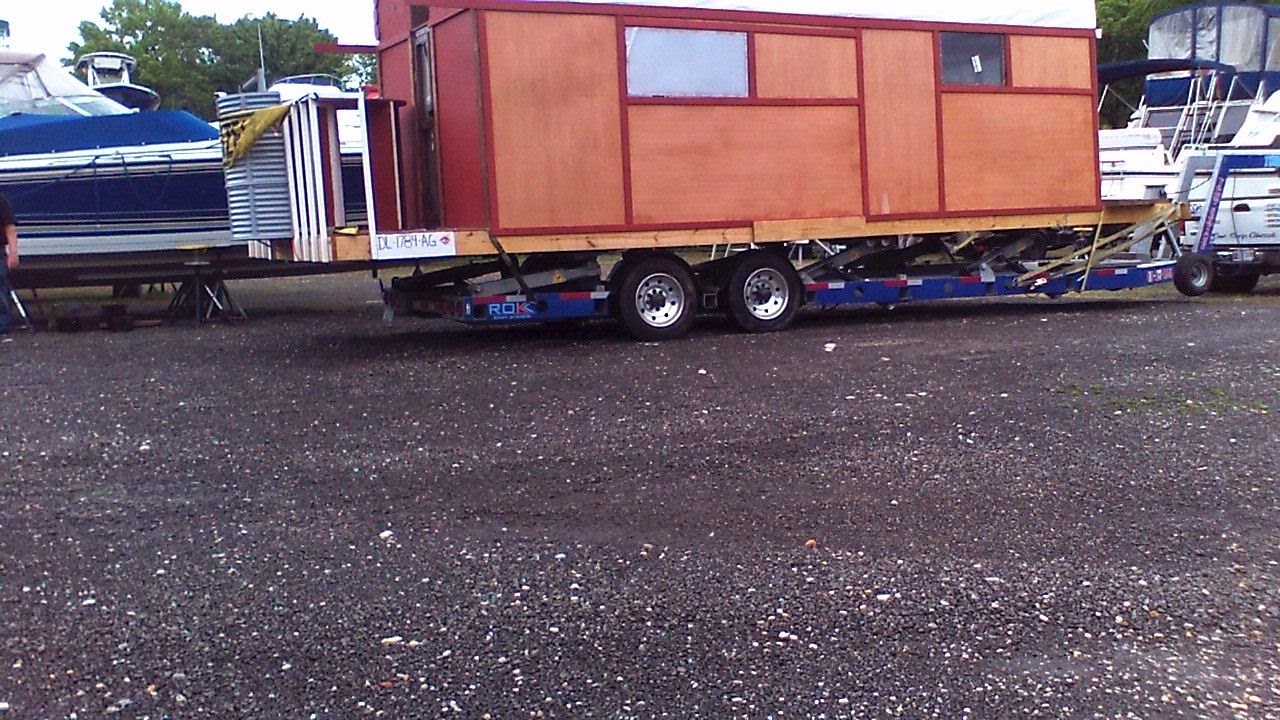 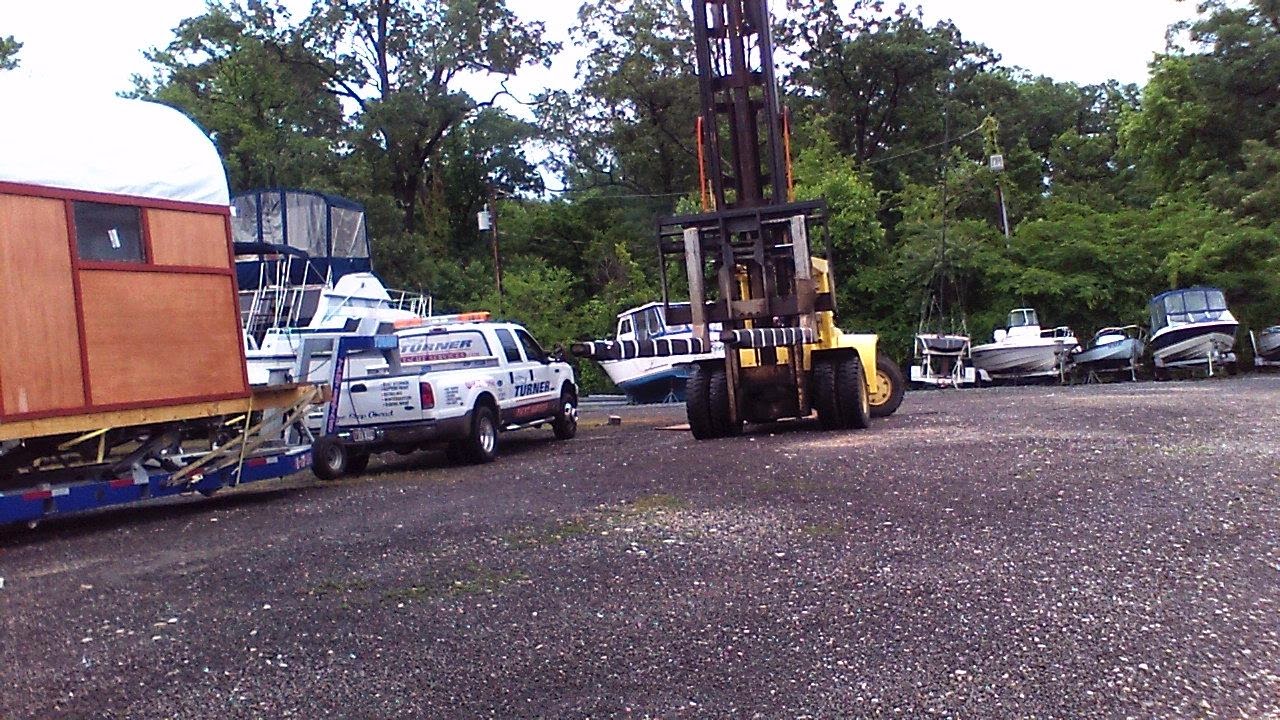 Finally, though, we got it off the trailer and on stands.  Spent the night in the boat that evening, up on blocks as it were. 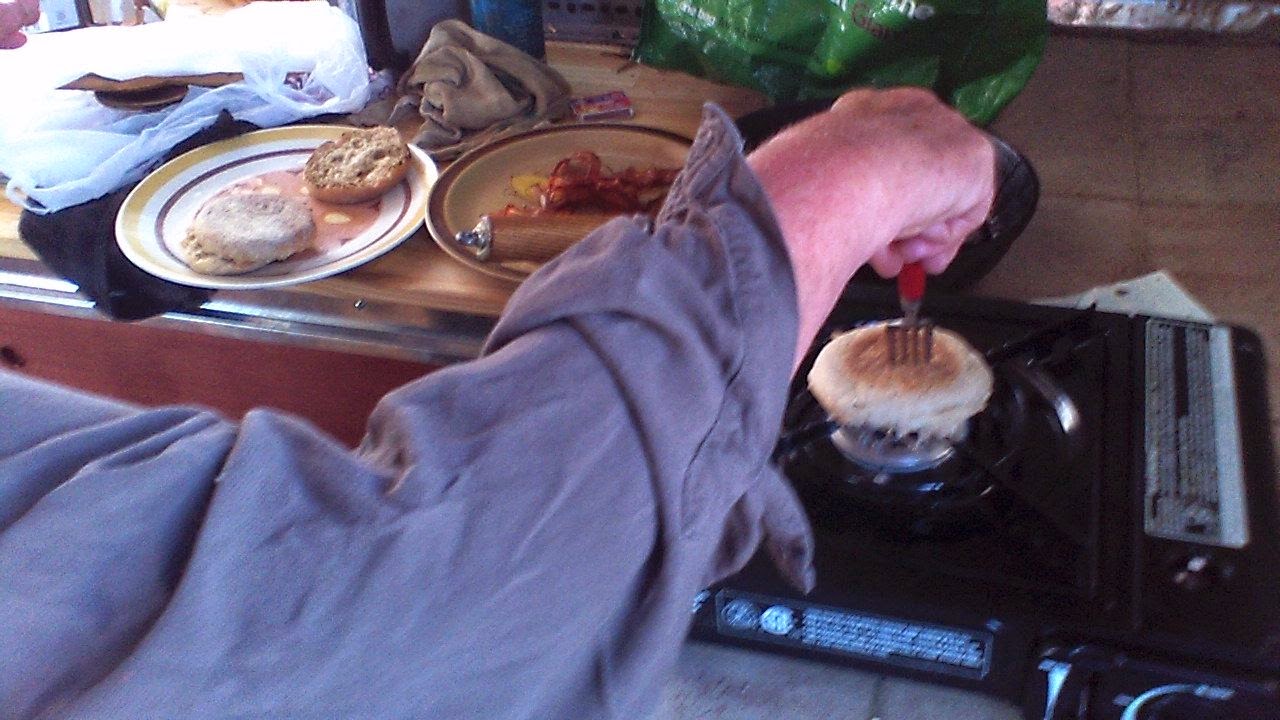 Breakfast, our first, on the boat, albeit on dry land.  There was so much to do: 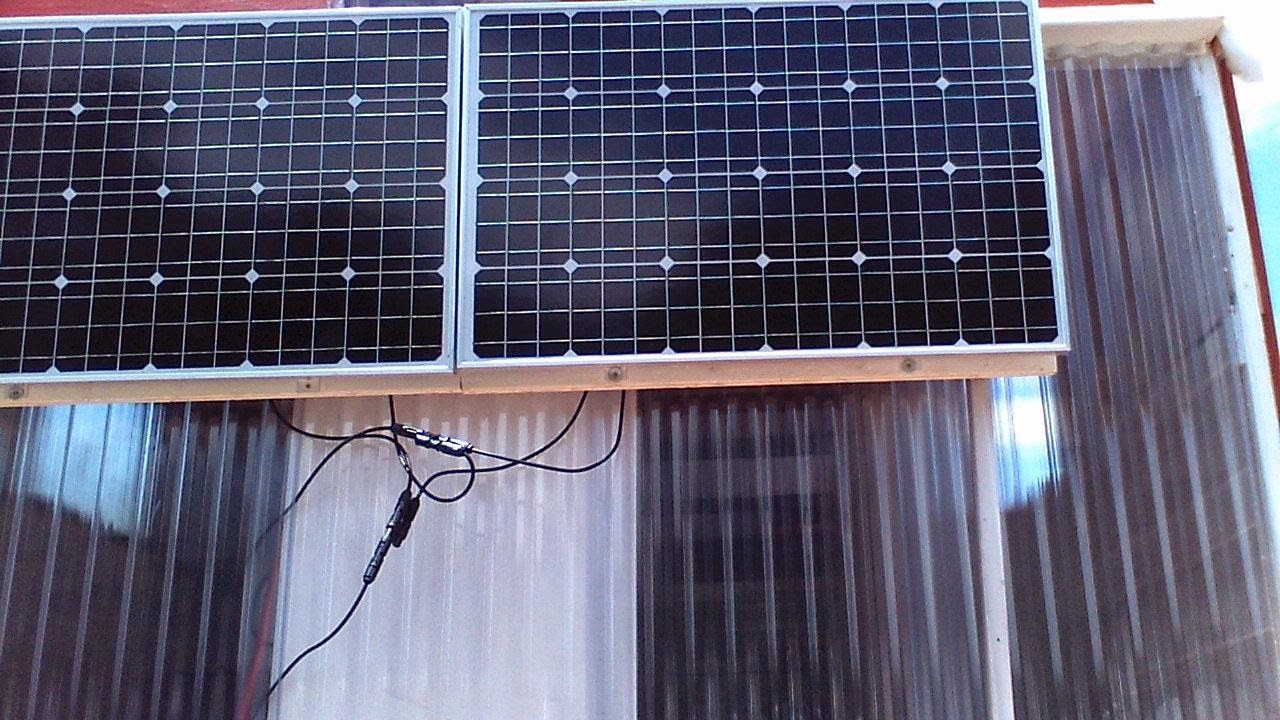 We installed the solar panels.  In use these will come up level. 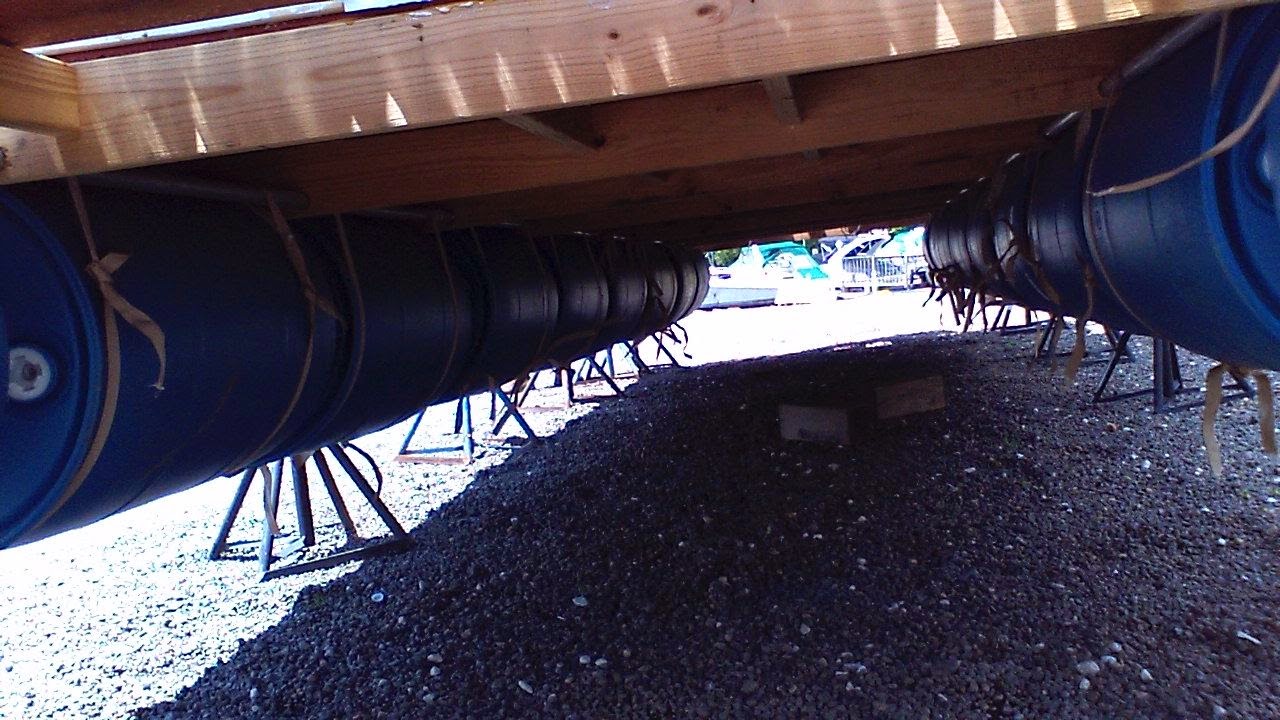 We also had to reinstall all the flotation 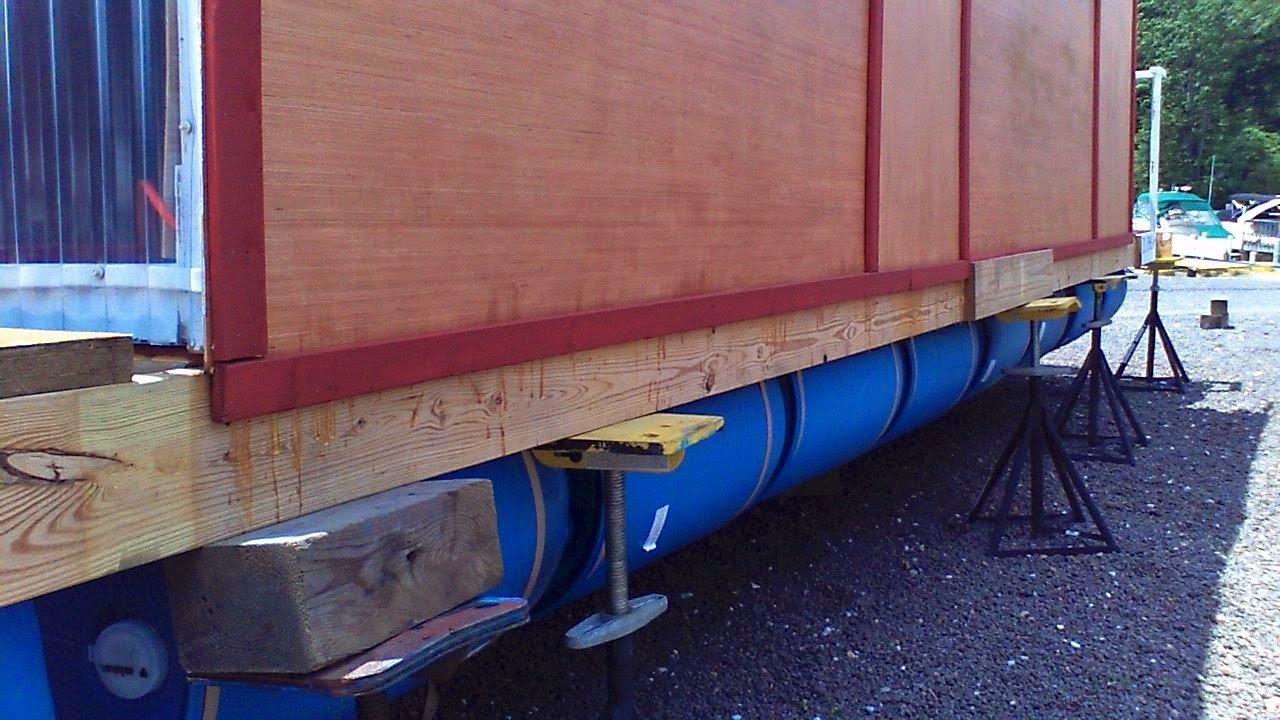 which was somewhat easier on a level surface with the boat four feet in the air. 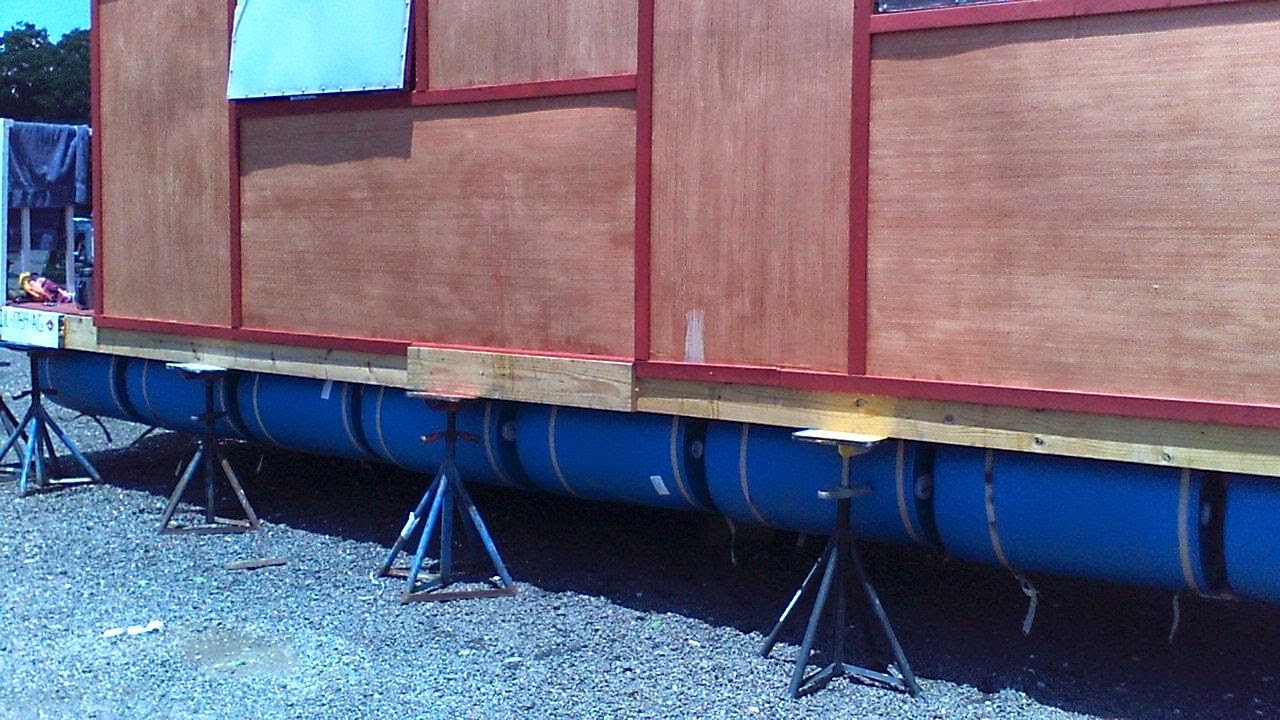 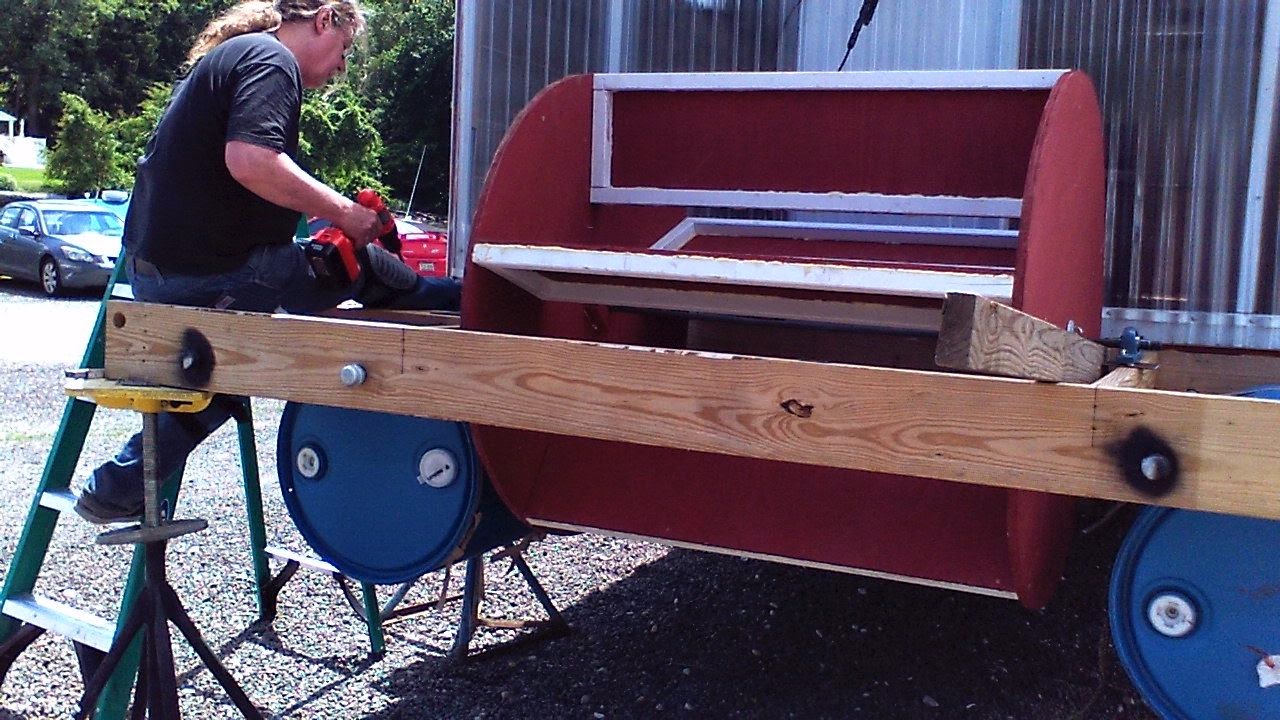 And then install the paddlewheel and drive.

......which failed instantly when we got it in the water.  Ah well.

More tomorrow, and details for the future.  Comments appreciated